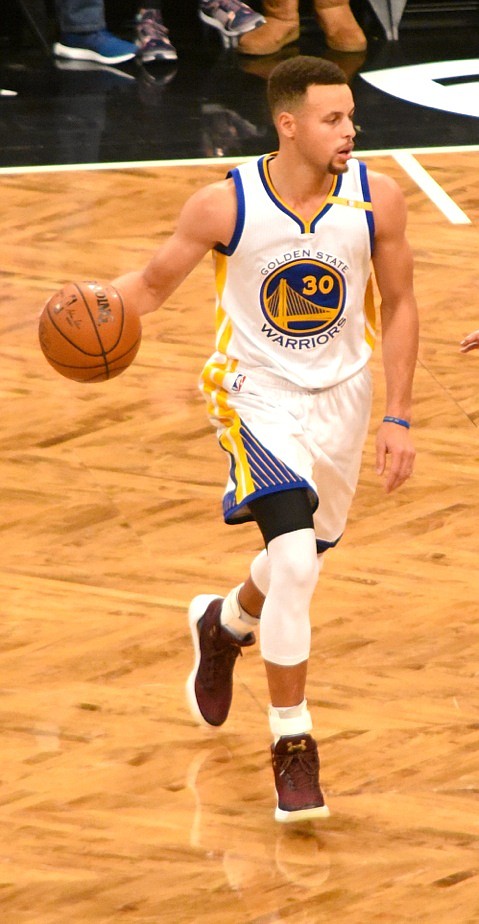 Everyone, fans, the league and prognosticators were resigned to the fact that the Golden State Warriors were going to play the Houston Rockets Sunday, Game 7 of their NBA semi-finals series. The Warriors’ best player, 6-foot-9 small forward Kevin Durant was injured. Both teams could only get wins on their home court. The Warriors Games 1 and 2. The Rockets Games 3 and 4. Game 5 went to Golden State at home Wednesday where Durant was injured with 2:11 left in the third quarter, 14 minutes and some seconds left in the game. It was diagnosed by an MRI as a strained right calf, preventing him from playing the rest of the game and in Game 6 Friday, or Game 7 if necessary.

Houston had their opportunity to break the cycle of home wins, but was out beaten in the fourth quarter 32-27 in Game 5 at Golden State, losing by five 104-95.

“Tough loss. We had opportunities,” said Houston’s guard Chris Paul. “We’ve got to be better, offensively, defensively, especially myself, turnovers. We didn’t get stops when we needed to.”

Houston didn’t get enough stops in Game 6 either, in their building, without Durant, losing the series 4 games to 2. Golden State advances to the Western Conference Finals.

Friday’s series ending 118-113 loss was also a tough one for the Rockets. Not only did they lose at home, they couldn’t take advantage of Golden State without Durant, the Finals MVP the last two years who’s averaged 34.2 points, 10.3 rebounds and 4.9 assists per game during this post season. The Rockets also failed to capitalize on the poor first half shooting of Steph Curry, the Warriors’ sharp shooter who had zero first half points. The game didn’t have a last second Kahwi Leonard buzzer beater or Joel Embiid’s tears, but drama unfolded from the 3:42 mark of the fourth quarter when Kevon Looney’s layup (his 14 points off the bench) put the Warriors ahead 99-97.

The Warriors bench outscored Houston’s 33-17 Friday after averaging only 13 points in the first three wins against the Rockets, and Curry gets hot in the second half dropping 33 points.

“You can’t collectively make up for what he does,” said Klay Thompson discussing Durant’s contributions, “But you can step up in his absence and help out the point production.”

The win also quiets Houston Rocket fans and pundits, Golden State haters who’ve claimed that Paul’s season ending injury in the last minute of Game 5 in last year’s semi-finals versus Golden State prevented them from advancing to the championship. Houston was ahead in the series 3-2, but needed Paul, out with a hamstring injury, to help close out the series. The Warriors went on to win the series, back-to-back championships, their third in four seasons.

With Kevin Durant, Golden State has become a great team. Without Durant they’re really, really good. The really good Warriors are facing the Portland Trail Blazers tonight in the Western Conference Finals, already up one game after Monday night’s 116-94 win. The series matches Steph Curry against his younger brother Seth.

Curry and his teammates completely eviscerated the Blazers. Curry dropped 36 with 9 threes. Klay Thompson 26 and a 12 point, 10 rebound double-double from Draymond Green. The Warriors bench also outscored Portland 34-to-38.

“It’s good to see Steph have a game like that, at a time that obviously, we need him most,” said Green.

Games 3 and 4 move to Portland, scheduled for Saturday and Monday.