Liberty make Barclays Center debut and a star is born 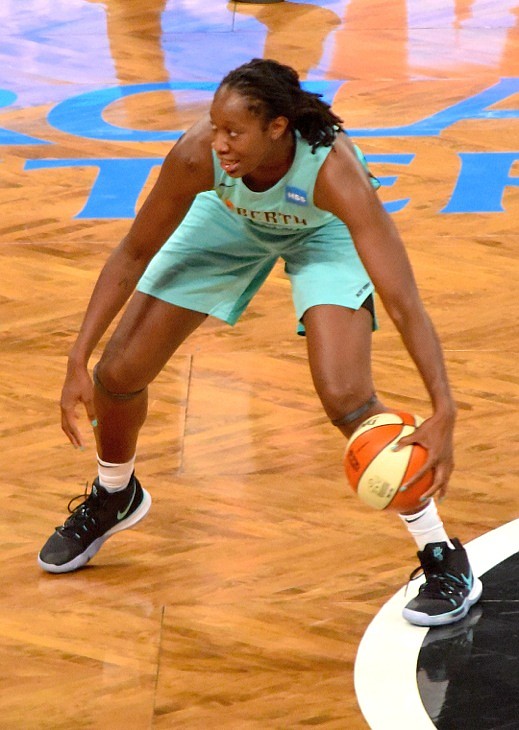 It is the New York Liberty’s first season under new owner Joe Tsai. On May 9, the team made its debut at Barclays Center in a preseason game, posting an 89–71 win over the Chinese National Team. The game marked the debut of 6-foot-9 post player Han Xu, who posted a big 19 points.

“I thought Han was solid,” said Liberty head coach Katie Smith. “The one thing we love about her is she’s able to score the basketball in a variety of ways—whether it’s around the rim or knocking down 15 or 17-footers. Even has three-point range. That helps us immensely.

“There’s some learning curves, a little bit of physicality and then obviously us and our plays and the communication, making sure that she knows. But overall, I was really pleased by her first game for the Liberty.”

“For the younger people, I hope I can be an inspiring player to them and motivate people to come out and watch a game and really bring some attention to women’s basketball,” said Han.

Returning Liberty players Tina Charles, Nia Nurse, Brittany Boyd and Rebecca Allen have all been effective offensively. Smith said the draft picks and free agents are filling team needs. Top draft pick Asia Durr has shown some nerves, but Smith is confidant Durr will find her groove. “Everything we thought she was going to be is what we’ve seen so far,” said Smith.

“Everybody was aggressive and at the end of the day we need Tina to keep being Tina and we need everybody else to be themselves,” said Smith. “Our team and what we’ve put together has given us a lot of options and our draft picks have been exceptional so far.”

The Liberty’s second preseason game was a 66–100 loss to Connecticut Sunday. The team is still awaiting several players to arrive in training camp, including Bria Hartley and Kiah Stokes, who are still overseas. Their absence allowed others to get some minutes and show why they deserve a spot on the roster, including Bronx native Bianca Cuevas-Moore.