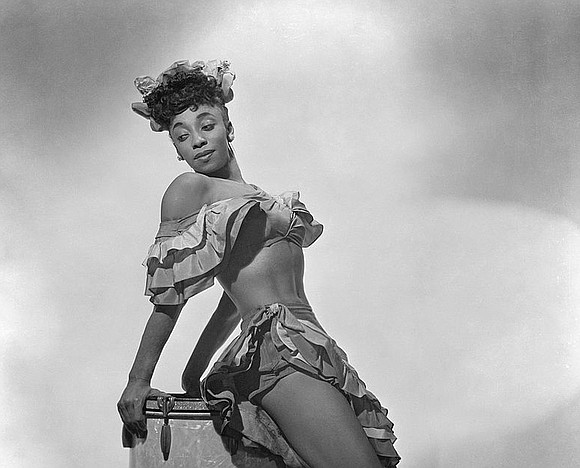 Norma Miller, the beloved, effervescent, energetic “Queen of Swing,” was the last surviving member of an elite group of dancers known as Whitey’s Lindy Hoppers who hit the floor of Harlem’s legendary Savoy Ballroom back in the 1930s and ’40s, and rode the rhythmic wave of big bands’ swing music, creating a dance that still takes the world by storm. Almost up until Sunday, May 5, when she passed of congestive heart failure at her Fort Myers home, the spry and sassy 99-year-old was “still active,” her manager, friend and filmmaker John Biffar

“She’d hoped to make it to 100, but it just wasn’t meant to be,” said Bifar, whose 2005 documentary “Queen of Swing” captures her take-no-prisoners, down-to-earth, tongue-in-cheek style.

The Harlem-born dancer, daughter of working class parents, has been immortalized in documentaries and film clips that feature her performances with crackerjack folks such as Frankie Manning, Al Minns and others noted for a partner dance that first raised eyebrows with its fast footwork and the head-spinning centrifugal force of its signature move, the swing-out. Then, as the dance and the infectious rhythms of Chick Webb, Count Basie, Benny Goodman and other legendary big bands pushed one another to new heights, the aerial Lindy Hop was born. Miller, Manning, Minns and other members of Whitey’s Lindy Hoppers may be gone, but their accomplishments still astound and instruct dancers around the world with their gravity-defying steps such as dancers tossing partners in the air, flipping them over their backs, sliding them between their legs, and more.

If you have never seen them, just Google the 1941 film “Hellzapoppin” and watch their jaw-dropping performances. Even today viewers gape at the dancers whose unbelievable speed and infectious energy make it hard to believe that what one sees on screen has not been cinematically enhanced.

Miller, who started studying dance at a very early age, found a way out, relating, “Black girls didn’t have many outlets. You had laundry. You had hairdresser. Or teach. Now I didn’t qualify for none of those. I could dance. I could just do it naturally…I was 15 years old when Whitey asked me to dance with the Lindy Hoppers.”

Sugar Sullivan, another Lindy Hopper who is 10 years younger than Miller, recalled, “She was a good dancer and a strong-willed woman. She had a good heart, but she didn’t bite her tongue. If you did something wrong, she would tell you. She would sit in on my Lindy Hop classes at Herrang, the dance camp in Sweden.” It has been noted that Lindy Hoppers seem to live long, wonderful lives, and Sullivan agreed, saying that the Lindy might have something to do with it. “It’s a catchy, joy-filled dance. It’s nothing but fun. You make friends with that dance. You can’t drink or smoke and do the Lindy. Yeah, I’d say it helps keep you young.”

Dancer Mickey Davidson, who worked with Miller off and on from 1985-2013, described

Miller’s entrepreneurial spirit and the dance troupes she created for performances in venues from Las Vegas to New York. Davidson stated, “Norma created her own opportunity and set such high standards that not just anyone could step in and do what she was doing. When she taught dance classes, a key focus was on familiarizing folks with the importance of rhythm in African-American jazz culture.” Miller was known to tell students, “Find the beat. Keep the beat.”

Also, Davidson noted that back when the original Lindy Hoppers were swinging at Harlem’s Savoy Ballroom, the dancers were predominantly young working-class kids. “Today,” she added, “the dance has gone from that to being popular with folks who can afford to pay money and travel to week-long dance camps.” Miller was one of the favorite teachers at dance camps from the U.S. to Sweden. Over the course of her lifetime, and indisputably because of folks like Miller, Manning and Minns, among others, the Lindy went from being a dance done by mostly poor working class Black kids that fell into decline after the Savoy closed in 1958, Davidson said, “to one that is now so wildly popular around the world.”

Norma Miller’s life and her astonishing legacy as well as that of this elite group of young African-American dancers has been documented in a few bios, including her own, “Swingin’ at the Savoy: The Memoir of a Jazz Dancer.” Now, choreographer and dancer Debbie Allen is planning a feature film based on Miller’s life. Norma Miller is still the Queen of Swing; long may she reign.