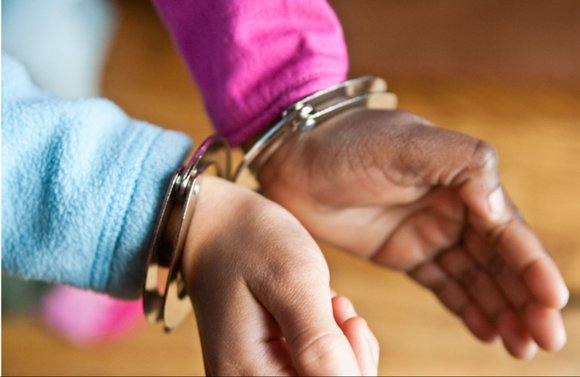 A new report by the Federation of Protestant Welfare Agencies outlines the steps New York City can take to address poverty and the criminalization of low-income New Yorkers.

When asked about the discussion about the poverty-to-prison pipeline, FPWA CEO and Executive Director Jennifer Jones Austin said that poverty isn’t discussed at all when it comes to prison.

“But the nation doesn’t really bring in the poverty factor,” said Austin. “What they talk about is the link between race and prison…What this nation doesn’t do is look at how poverty is criminalized. This nation hesitates to look at the impact of stop and frisk and overpolicing.”

According to the report, if you’re low-income and a person of color in the five boroughs, you’re at an increased risk of being drawn into the criminal justice system. The report states that systemic racism is the main driver behind poverty and mass incarceration in these communities.

“Poverty affects us all, but it affects us to a greater extent,” said Austin. “When it comes to helping those who are less fortunate, there’s a tendency among some to look at the homeless as an eye sore. For others, it’s an opportunity to engage and how to support. Homeless people can be arrested for littering so they turn homelessness into a crime. Poverty is known to create challenging situations that keep children from engaging in schools. This can lead to self-destructive behavior and suicidal ideation.”

The report recommends that city, health and human service organizations and faith leaders build a continuum of care to better support low-income and justice-involved clients and their families; implement citywide trauma-informed training and services; strengthen education and workforce development opportunities and training to address the specific barriers encountered by the formerly incarcerated; and de-stigmatize poverty and justice involvement through trainings and public awareness campaigns.

Michael A. Lindsey, Ph.D., MSW, MPH, executive director of the McSilver Institute for Poverty Policy and Research at New York University, said the government and society as whole can show their care with more resources.

“We need more resources, more compassion and more political will to end the poverty to prison pipeline,” said Lindsey. “We must also recognize the role of intergenerational trauma in creating the pipeline and provide mental health and trauma-informed services to those who are justice-impacted. As recommended in the report, let’s create a ‘trauma-informed New York,’ where health and human service providers, managed care companies,

policymakers, governmental agencies, and community and faith leaders have the tools to effectively work together to solve this crisis.”

The FPWA’s report states that New York City should do more to support New Yorkers who are “justice-involved,” including formerly-incarcerated individuals and those with parole, probation and community supervision. The report wants outlets to help people with access to employment, housing, education, and mental and physical health needs.

Charts in FPWA’s report show the correlation between the rate of poverty and the jail incarceration rate. The Morrisania and Crotona neighborhoods in the Bronx have the highest percentage of individuals (more than 40 percent) living below the federal poverty threshold. They also have the highest rate of residents incarcerated by local jails per 100,000 adults (371) age 16 and up. Similar comparisons can be made to neighborhoods such as Brownsville and Bedford-Stuyvesant in Brooklyn and the Hunts Point and Longwood sections of the Bronx.

“We don’t look at how an individual becomes justice-involved and how the family is affected,” said Austin. “The loss of income or trauma that keeps that child from socializing and being engaged because of the stigma. We pay very little attention to those issues and in doing so, we create yet another generation that’s drastically impacted by this involvement.”