Wilder is right, boxing is the only sport where you can legally kill 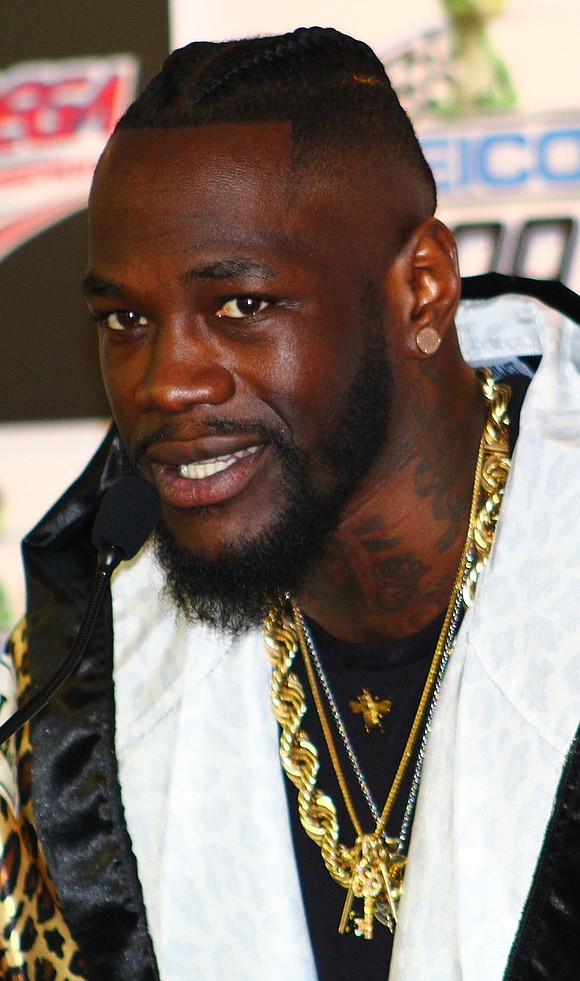 “This is the only sport where you can kill a man and get paid for it,” said WBC heavyweight boxing champion Deontay Wilder last week, several days before his title fight Saturday night, May 18, a first round knockout of challenger Dominic Breazeale at Barclays Center.

“His life is on the line for this fight, and I do mean his life.”

Wilder still hasn’t gotten a body on his record as he had hoped, or as he’d stated, but he did tally his 41st win (no losses, 1 draw), his ninth title defense, with a vicious right hand to Breazeale’s chin that unbuckled his knees, dropping him to the ring’s canvas, flat on his back.

With 57 seconds left in Round 1, Wilder japped Breazeale with a powerful right as Breazeale adjusted his left hand to unleash a punch. After gathering his thoughts for several seconds, Breazeale, who had been beefing personally with Wilder for two years, tried to get up, back to his feet, but was unable to beat the referee’s 10-count.

Both fighters were cordial after the fight, apparently putting an end to a deep seeded beef that started two years ago. Wilder had even advised Breazeale to make funeral arrangements.

Throughout the history of boxing, fighters have had funerals due to injuries attained from professional fights.

The great Muhammad Ali intentionally tortured several boxers severely during his career. Earnie Terrell specifically because of his refusal to address him as Muhammad Ali.

Instead of knocking Terrell out, ending the contest in the famous “What’s My Name” fight in 1967, Ali punched Terrell enough to swell not only his left eye, but the entire forehead/skull section above both eyes. During the fight, Ali who won every one of the 15 rounds, taunted Terrell, asking him, “What’s my name?”

In 1962, Cuban welterweight boxer Benny Paret died due to complications from the punches that he received from Emille Griffith.

During the twelfth round of their fight, Griffith connected with 29 consecutive punches knocking Paret through the ropes before the fight was stopped by the referee.

After collapsing in his corner, Paret lapsed into a coma and died ten days later from a massive brain hemorrhage.

There was also bad blood between these two boxers. It’s alleged that Paret called Griffith a maricón, a Spanish slang for homosexual, a term that could damage an athlete’s career during those times.

The fight was a toe-to-toe battle between the two for most of the fight. Mancini’s left eye was closed from punches at the fight’s end. His left hand was damaged, but at the start of the 14th round, Mancini was able to knock Kim down with a series of lefts. It’s believed that Kim was pulling himself up from the canvas while he was dying.

Minutes after the fight was declared over, Kim collapsed into a coma and was rushed to a hospital. He died four days later.

Kim was diagnosed with having a subdural hematoma consisting of 100 cubic centimeters of blood in his skull. Emergency brain surgery was performed, but was unsuccessful.

Kim’s death initiated several boxing reforms in an effort to protect the health of a fighter in the ring, most notably the reduction of rounds from 15 to 12. Fighters are now given electrocardiograms and brain and lung tests. Before 1982, fighters were only given heartbeat and blood pressure tests to qualify for their bouts.