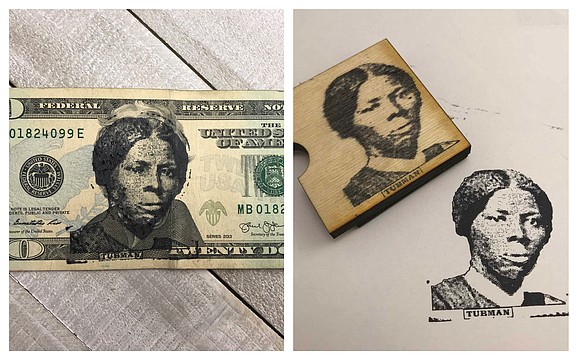 News that Harriet Tubman would not replace former President and slaveowner Andrew Jackson on the $20 bill caused outrage. However, it looks like she will appear on the cash anyway.

Back in 2016, then-U.S. Treasury Secretary Jack Lew under President Barack Obama announced plans to add Tubman to the front of the bill and that it would hit circulation in 2020. Recently, Steven Mnuchin, the current U.S. Treasury Secretary under President Donald Trump, said that he's scrapping plans to put the Black history figure known for helping slaves escape on the bill.

Reports indicate that Mnuchin cited security improvements to the bill and that plans for Tubman to appear on U.S. money will begin in 2028.

"People have been on the bills for a long period of time," he said. "This is something we'll consider; right now we have a lot more important issues to focus on.

Critics say eliminating the plans are racist considering Jackson was a slave owner. Supporters on social media say not having Tubman on the bill is another attempt by the Trump administration to erase Obama's legacy.

Enter designer Dano Wall who’s taking things into his own hands and asking others to help. The New York-based designer created a rubber stamp with Tubman's face hoping people will use it to put over Jackson's face on the $20 bill.

“Putting Harriet Tubman on the front of the $20 bill would have constituted a monumental symbolic change, disrupting the pattern of white men who appear on our bills,” he said in a recent published interview, “By putting her on the most popular note currently in circulation, indicates exactly what kind of a life we choose to celebrate; what values we, as a country, most hope to emulate. Harriet Tubman’s unparalleled grit, intelligence, and bravery over the course of her long life certainly make her worthy of such an honor.”

Wall added that he wants to sell 5,000 stamps. He’s already reportedly sold over 600 stamps and plans to create more. Stamps can be bought on his Etsy online store.

It is not illegal to stamp U.S. money and it can be accepted. It is a form of free speech and is protected by the First Amendment of the U.S. Constitution. Federal law makes it a crime to “deface” paper money but only when there is an “intent” to make the bills “unfit” for further