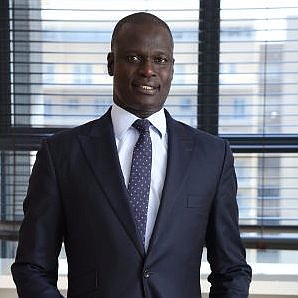 With the proliferation of basketball over the past three decades as one of the world’s most popular global sports, Africa has produced some of the NBA’s most talented players as the game’s significance has grown there. Players born on the continent, such as the Philadelphia 76ers Joel Embiid from Cameroon, or stars like the Milwaukee Bucks’ Giannis Antetokounmpo, who was born in Greece to Nigerian parents, have inspired countless youth in Africa to dream of following the path of their idols.


In the NBA Finals, which begin tonight (Thursday, May 30), the Toronto Raptors’ Pascal Siakam (Cameroon) and Serge Ibaka (Republic of the Congo) will be proudly representing Africa.

At the league’s All-Star 2019 Africa Luncheon in Charlotte this past February, the NBA announced a collaboration with FIBA, basketball’s international governing body, to launch the Basketball Africa League, which will begin next year and be comprised of 12 club teams based in Africa. It will be the National Basketball Association’s first venture in operating a league outside North America.

“Amadou’s efforts to grow basketball and the NBA’s business across Africa have been extraordinary, and he is an ideal choice to lead the Basketball Africa League,” said NBA Deputy Commissioner and Chief Operating Officer Mark Tatum in a press release announcing Fall’s new role. “This historic initiative will not only further enhance the game in Africa but also provide new opportunities in media, technology and infrastructure on the continent.”

Before working for the NBA, Fall served as a scout for the Dallas Mavericks, ultimately rising to the director of player personnel and vice president of international affairs. He was instrumental in starting Basketball Without Borders Africa in 2003 and was the program’s camp director until 2010.