Trump sides with Kim over Biden 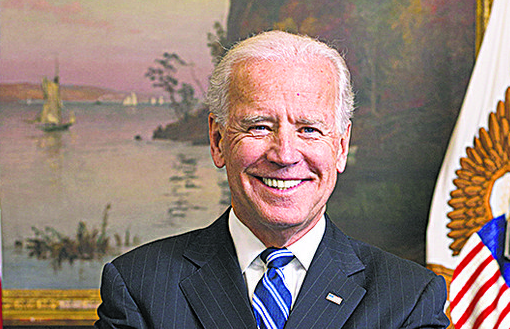 One tornado after another is tearing cities apart from Oklahoma to Missouri to Illinois, yet not a mumbling word from Trump who has obstinately denied global warming and climate change.

Visiting with Japan’s Prime Minister Shinzo Abe, Trump disagreed with him about the possible threat of missiles from North Korea. This also put him at odds with John Bolton, his national security adviser.

Trump may be mute on the destructive tornados and the danger posed by Kim Jong-un, but he has been outspoken if not out of bounds in his criticism of Democratic presidential hopeful Joe Biden, tweeting a number of insulting names at the senator from Delaware and former vice president.

The derogatory comments by Trump have upset several elected officials, including Rep. Steve Cohen, a Democrat from Tennessee. “Disgusting display by Trump,” Cohen tweeted on Tuesday. “No mention of #Memorial Day. He shouldn’t be allowed at the anniversary of D-Day on June 6. I was there Sunday. What an honor to recall what brave Americans did for freedom.”

Cohen’s remarks were practically echoed by Republican Rep. Peter King of New York, who tweeted that it was wrong for Trump to criticize Biden and side with Kim, although Trump said he was trying to defend Biden on the charge of having a low IQ.

“Politics stops at water’s edge,” King tweeted. “Never right to side with a murderous dictator vs. fellow American.”

It should be noted that Cohen is also among the 30-plus House Democrats calling for an impeachment inquiry of Trump. Interestingly, one Republican, as we cited last week, Rep. Justin Amash of Michigan, has announced his call for impeachment much to the chagrin of Trump supporters, one of whom clashed with him on Tuesday.

Amash has based his actions on the Mueller report, and in his latest tweet he has extended his attack on Attorney General William Barr for allegedly misleading the public about Special Counsel Mueller’s findings and pushing a “false narrative” that the Trump team was improperly spied on during the 2016 election.

On Tuesday evening in Grand Rapids, Mich., Amash received a standing ovation at his first town hall meeting since calling for a impeachment inquiry. He also took Minority Leader Kevin McCarthy of California to task, calling him a “so-called leader.” “I read the Mueller report,” Amash said, “I’m sure he didn’t read it,” referring to McCarthy.

“He resorted to ad hominin attacks—that’s the kind of leadership we now have in Congress,” Amash added.