Two NY locals to represent the U.S. at the Women’s U19 World Cup 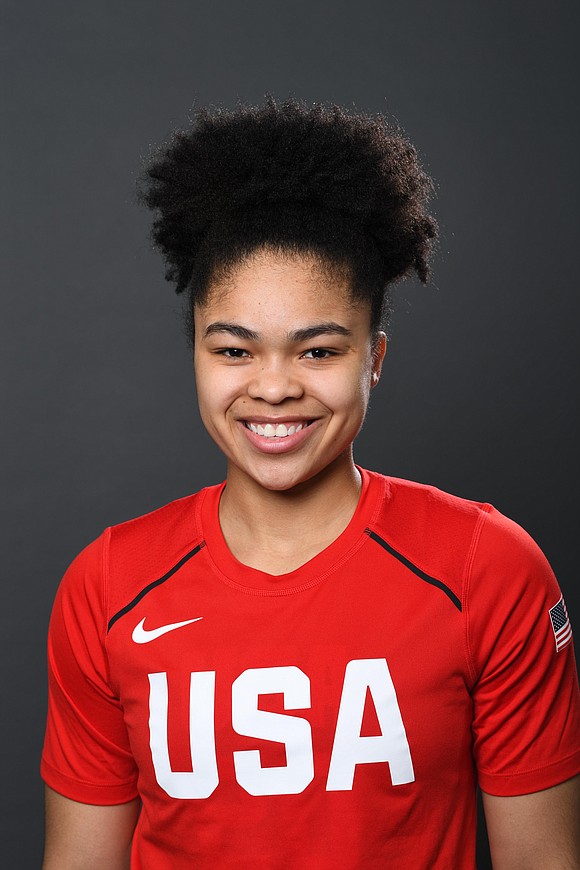 It’s a busy and exciting time for Long Island native Celeste Taylor. On June 8, she graduates from Long Island Lutheran High School. On June 9, she heads to University of Texas at Austin to begin preparation for her freshman year. July 20-28, Taylor will put on a USA Basketball jersey and represent the United States at the U19 World Cup in Bangkok, Thailand.

“[Playing with USA Basketball] brings another level of physicality and learning,” said Taylor, who previously won gold at the 2018 FIBA U17 World Cup and the 2017 FIBA Americas U16 Championship. “It’s another learning experience and a new journey.”

Before trying out this year, Taylor consulted with Texas head coach Karen Aston, and Aston said overseas play would be valuable. “Get a different perspective and a different view of basketball from another coach and enjoy the experience,” said Taylor. The head coach of the U19 team is Jeff Walz of University of Louisville.

Harlem native Jordan Nixon was named to the USA U18 team last year, but had to withdraw due to a commitment with University of Notre Dame, at which she recently finished her freshman year. She was named to this year’s U19 team after six trial sessions over four days against 30 top-level players.

“Any USA tryout is going to be competitive and tough,” said Nixon, who added that playing at altitude at the U.S. Olympic Training Center in Colorado Springs was challenging. “You’re fighting to represent your country with a gold standard. There is no time during the trials where you can take plays off or not put your best foot forward.”

Nixon said spending the 2018-19 school year training and playing alongside Notre Dame teammates Jackie Young, the top pick in this year’s WNBA draft, and Arike Ogunbowale, also a first-round draft pick, elevated her game. They left a legacy that’s a reminder for all the returning players of what is possible.

“Every day, you show up to practice and you have to give it everything you have,” said Nixon. “The same thing goes for USA Basketball.”

Taylor, 17 and Nixon, 18, are looking forward to the competition ahead. Taylor is excited to see a new part of the world and bring the knowledge and experience with her to college, where she hopes to help Texas return to the Final Four.

“Playing internationally, you get a different feel for the game,” Taylor said. “You are playing with 11 other great players. You want to bring back that gold medal.”