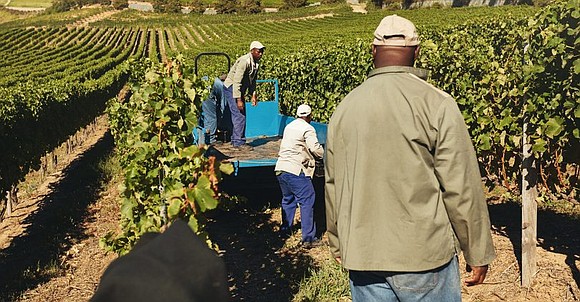 Last week, the appellate court ruled that farmworkers across New York State had the right to organize and collectively bargain. It also ruled that excluding farmworkers from the State Employment Relations Act was unconstitutional.

Héctor Figueroa, president of 32BJ SEIU, praised the court for its ruling and hopes farmworkers get what he feels they deserve as soon as possible.

“We applaud the momentous decision from the state Appellate Court supporting the right of farmworkers to organize in the state,” stated Figueroa. “Historically, these workers have been unconstitutionally excluded from this basic right, which should be available to all workers. We have long supported our farmworker brothers and sisters in their struggle to gain full access to their rights as workers, and will continue to stand with them in New York and elsewhere.”

In May 2016, the Workers Center of Central New York, the Workers Justice Center of New York and farmworker Crispin Hernandez went to court to challenge the constitutional right for SERA to exclude farmworkers. Represented by the New York Civil Liberties Union, the plaintiffs initially targeted the state and New York State Gov. Andrew Cuomo, but he chose to side with the farmworkers.

“To cement the principles of this ruling into law, we encourage the state Legislature to approve the Farmworker Fair Labor Practices Act to finally give the same labor rights others enjoy to these hard-working people who are crucial to our very sustenance,” Figueroa stated.

According to the language of the bill, the Farmworker Fair Labor Practices Act “Enacts the farmworkers fair labor practices act: grants collective bargaining rights to farm laborers; requires employers of farm laborers to allow at least 24 consecutive hours of rest each week; provides for an 8 hour workday for farm laborers; requires overtime rate at one and one-half times normal rate;  makes provisions of unemployment insurance law applicable to farm laborers; provides sanitary code shall apply to all farm and food processing labor camps intended to house migrant workers, regardless of the number of occupants...”

“Now it is the rule of law that farmworkers deserve comprehensive workers’ rights in New York,” stated Ramos. “It is of utmost importance that the New York State Legislature step up and pass the Farmworkers Fair Labor Practices Act to codify the labor rights that farmworkers have been waiting on for decades, including a day of rest, overtime pay, unemployment benefits, and the right to collectively bargain.

“I have been touring New York State, visiting farms and hearing the stories of both farmers and farmworkers, and it is clear that we must pass the Farmworkers Fair Labor Practices Act this session,” Ramos concluded.

The Farm Bureau filed a motion to dismiss the lawsuit. In January 2018, State Supreme Court Judge Richard McNally granted the organization’s request, but the plaintiffs (with the state’s assistance) appealed the ruling to the appellate division.

Cuomo, who’s championed himself a defender of worker’s rights, praised the appellate decision.

“This is a victory for some of the most vulnerable members of New York’s workforce,” stated Cuomo. “From the beginning, we chose not to defend against this lawsuit because farmworkers never should have been denied the same basic rights as other workers and we believed this to not only be morally wrong, but also unconstitutional.”