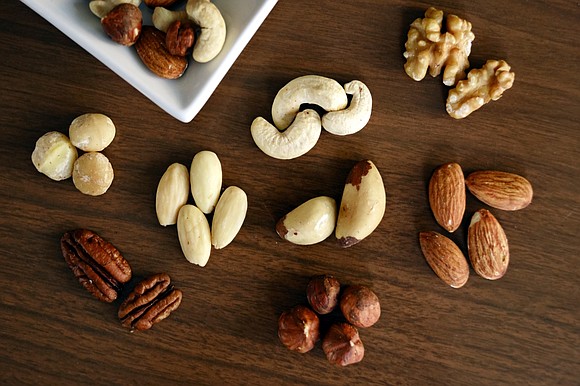 When I was a kid, law officers, peace officers and policemen were referred to as cops or coppers by the bad guys. It was the coppers against the gangsters. In the local movies I would sit on the edge of my seat watching the good cops take out the bad guys. From this experience, I wanted to become a cop even though many of my good friends became good cops such as Ben Ward, the first black commissioner of the NYC police department. Others included Benny Foster, Clyde Crab, Ed Bailey, Jimmy Campbell, the Payne brothers, Alvin Canty and my good friend Edgar Steibel. In fact, I wanted to become an FBI agent, also. That’s neither here nor there. However, I wanted to be someone that could protect the folks in the hood. I wanted to get even with the guys that caused havoc to law abiding youth.

In my area of Brooklyn there were many gangs which were hostile to one another. I had to be aware of all gangs and their territories. Well, with quick eyes and feet, I was able to survive but many of my friends didn’t. Some were killed and that’s no joke. They were killed not by cops but by gang members. Out of this experience many of my friends became good cops and rose high in the police department. In fact, we need more Black cops today to protect our neighborhoods. My cousin Sam, who I hung out with, was a great cop and patrolled 125th Street in Harlem like he owned it. He was known by everyone and harassed no one. Sam protected me as a kid from neighborhood bullies. We lived in the same house on Halsey Street in Brooklyn and went to P.S. 70 and P.S. 26. Through the years, he became a great policeman and I became a doctor.

Now today, I want to enlighten you about another good cop known as the trace element called copper. This is the metal that you may see turning green on your drainpipes lining the roofs of homes or even on the bottom of frying pans, etc. This metal can be a good copper or a bad copper according to its concentration in your blood. Copper is found in foods such as sunflower seeds, which I love, pecans, corn germ, oysters, calf liver, beef liver, lobster, walnuts, crab meat and good old dark chocolate. The body is capable of maintaining a certain level of copper in the body to do what it has to do to keep healthy. If copper becomes elevated due to poor excretion or excess intake, it causes a disease known as Wilson’s disease which is the accumulation of copper in the body tissue including the brain, causing deterioration of mental functions. This condition can cause destruction of the liver and neurological system leading to seizures. Excess copper can be deposited in the eye as a band surrounding the cornea and is known as the Kayser-Fleisher Ring, named after two scientists who recognized the significance of this finding. High cholesterol is not the only cause of ischemic heart disease. It has been recently reported that eating too much fructose which is a sugar found abundantly in the form of corn syrup, soft drinks, desserts, ice cream and other processed foods can reduce copper in the body which ultimately can cause ischemic heart disease. Recently, Dr. Leslie Klevay of the U.S.D.A. claimed that reduced copper is the major cause of coronary artery disease. Just recently another study also showed that low levels of copper may be the culprit in causing coronary artery disease leading to heart attacks. It has been suggested that the level of serum copper should be evaluated in all patients on high fructose diets.

My suggestion in closing is to read labels on all of your foods and drinks. If fructose appears as the first ingredient, you can bet it is a major ingredient. Folks are drinking too many sugary beverages that are loaded with fructose. Those gallons of fruit juices on the store shelves may be more important than the fat in the meat at the butchers. The beverage industry is part of the problem and is not being monitored by our government agencies. It’s time to police yourself by restricting foods and beverages that have high fructose contents and I am sure your heart disease will be prevented and arrested. It is suggested that most people get their vitamins and minerals needed by eating a balanced diet; however, diets in today’s world are not balanced when fast foods make up many meals.