Father of minor punched by NYPD: ‘My son is still traumatized’ 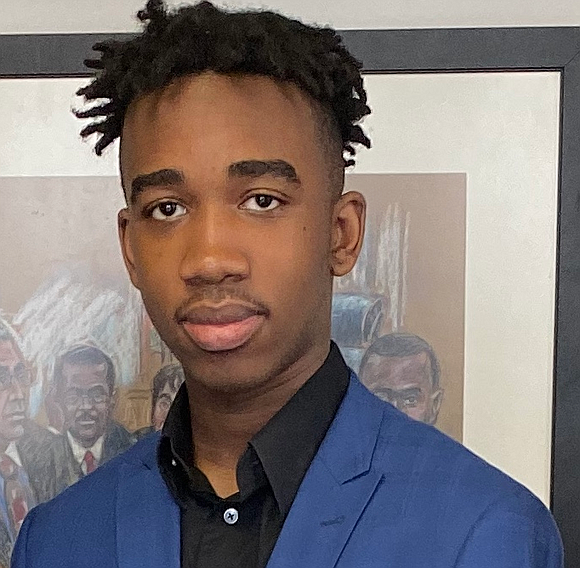 It’s been around two weeks since viral video of a brawl involving NYPD officers and civilians at the Jay Street-MetroTech subway station in Brooklyn showed an officer punch Black 15-year-old Benjamin Marshall. His family is suing the city and the police department and embarking on a quest for justice.

On Oct. 25, a brawl broke out at the subway station leading to five teens, including Marshall, being arrested. Video of the incident shows one officer trying to break up the fight punching Marshall in the face followed by a scuffle between the two.

The officer who punched Marshall was placed on non-enforcement duty. There is a criminal investigation underway by Brooklyn District Attorney Eric Gonzalez.

Marshall was charged on suspicion of assault on a police officer, resisting arrest, obstructing governmental administration and disorderly conduct. He suffered a concussion and wounds to his neck, back and head.

This week Marshall’s parents, Anthony and Victoria Noel, were joined by The Arc of Justice and their attorney Sanford Rubenstein who demanded the officer who punched Marshall be fired. The group walked from the Jay Street-MetroTech station to the 84th Precinct.

Speaking to the AmNews, Anthony said his son isn’t doing well and is only slowly recovering from the incident.

“Right now my wife and I we have to be jolly to keep him up or he goes back to the trauma he’s been through,” Anthony said. “Sometimes he cries: he has pain in his head. His mom starts to cry too.”

Anthony said that he was shocked when he saw that an NYPD officer assaulted his son. Marshall has never had issues with the law. His daughter sent him the video of the incident.

“I couldn’t believe what I saw. I was numb,” he said. “I was like, ‘Is this Ben?’ We got a call from the precinct that our son was in custody. They wouldn’t give us any information until we got there.”

Anthony said he and his wife waited at the precinct for over two hours and they were not able to see their son. They were then informed that he was transferred to Crossroads Juvenile Center and that he would see a judge in Manhattan the next day.

“He was told he was going home until we were told by an officer that he was being charged with a felony,” Anthony said. “We didn’t see him until after 12 Saturday. He stayed at the precinct all night with no jacket and only a T-shirt.”

Benjamin was “petrified” to sit in a car, according to Anthony. The family walked from Manhattan to Brooklyn. Benjamin cried the entire way home. Anthony said he’s now seeking justice for his son and has a message for the NYPD: “It’s not proper policing to strike minors. It’s wrong and they need to do better,” he said. “We have too many incidents like this of Black and Brown children. We want this cop off the force. He needs to go.”

The AmNews reached out to the NYPD for comment. A representative sent a previous statement made by the now former NYPD Commissioner Jame O’Neill:

“It looks like there is pending litigation so I’m not going too deep into it. But as a transit cop, the NYC subway is an inherently unsafe place. You have trains coming in and out of the station. You have a third rail. Any violence on a subway platform is especially dangerous. People have a responsibility, a duty, to comply with the police. If there is a fight, and it happens with young kids, I understand that. But when police come, they need to stop. And they will be safe. The matter is under investigation. The officer involved is on non-enforcement duty. But first and foremost, there shouldn’t be any fighting on subway platforms, especially by teenagers, because it is in an inherently unsafe place.”