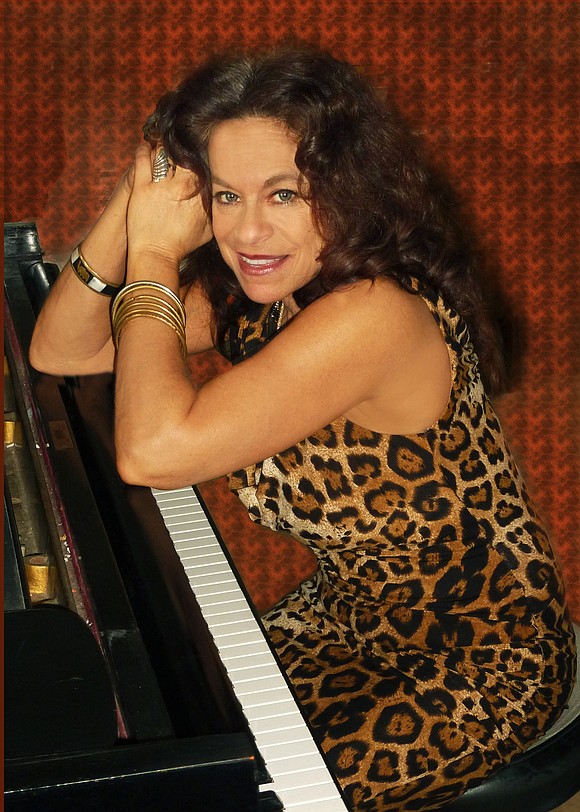 For pianist, composer, educator and arranger Michele Rosewoman, music serves two purposes: to swing as always while engaging listeners in a multicultural experience that stimulates an impassioned connection.

The fruition of Rosewoman’s concept became a reality some 35 years ago when she formed the Afro-Cuban jazz ensemble New Yor-Uba. Her conceptual elements trace an arc from Africa to Havana to New York City and beyond. Early on in California, the pianist immersed herself in music, art and politics; and an emphasis in studying jazz. It was primarily her percussion interests that led her into the deep waters of Cuban music, history, culture and folkloric traditions. The spiritually based Cuban folkloric tradition and contemporary jazz worlds are necessary components in her music.

Her New Yor-Uba ensemble featured Orlando “Puntilla” Rios until his death in 2008. It finally released its first album in 2013, in celebration of its 30th

On Nov. 1, along with an evolution in personnel of master musicians and folklorists, New Yor-Uba released their new album “Hallowed” (Advance Dance Disques). “Oru de Oro” (room of gold), is an extended work commissioned by Chamber Music America, which is a consumption of the CD’s 10-track suite.

“This recording represents a 35-year evolution of both the concept of the ensemble and the deepening of my own relationship to this profound tradition of endless depth, to which I am so completely bound,” said Rosewoman. “Spirituality calls for active transformation of mind, body, spirit—individually and collectively. This recording opens, as do the traditional ceremonies, with an invocation to the guerreros (warriors). Given the urgency of these times and the battles that need to be fought and won in this very moment for the sake of all humanity, we summon our warriors from within as we thank and acknowledge those on the frontlines. We need them now.”

“Forest of Secrets” flourishes with Afro Cuban rhythms, distinctive Batá drumming and horns that rain jazz interactions. The pollinating rhythms of the constant drumming, brass section and Rosewoman’s distinct piano makes “Hallowed” the year’s finest spirited representation of Cuban folklorist music and jazz infused with energetic notes of the African diaspora. “Hallowed” anoints Rosewoman as a griot of Cuban folklore, who carries on the tradition of pianist and composer Randy Weston, who encompassed his music into the spiritual enlightenment of the African diaspora.

Ironically, “Hallowed” has been released at a most significant time in American history, August 2019 marked 400 years since the first documented arrival of Africans, who were brutally brought to ancient America by way of Point Comfort, Va. to be sold as involuntary laborers.  In 1619, Virginia was still the property of Native Americans and Europeans were the non-native species, and the English were the illegal aliens. Cuba’s prominent African-influenced culture is one of the nation’s defining characteristics. African culture brought by slaves and developed within the context of the Spanish colony has had a profound impact on religion, music and Cuban society. The appearance of Africans in ancient America before Columbus, who traded with the Native Americans, should also be discussed at another time.