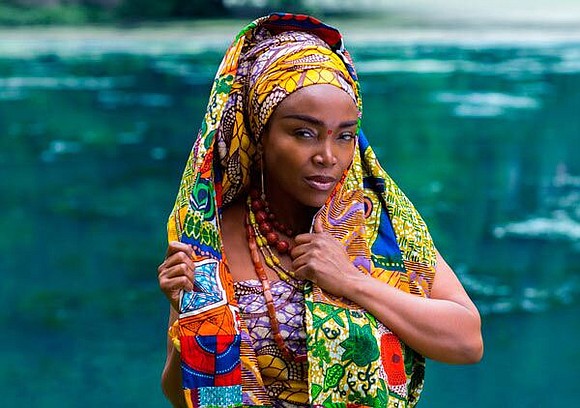 Music lovers will have the chance to hear the work of a titan of world music as City College Center for the Arts presents “Emeline Michel’s Black Pearls,” a special one-night-only concert Friday, Nov. 15. An acclaimed artist and an icon of Haitian music, Emeline Michel has brought the music of her homeland to stages across the world for more than two decades. The 7:30 p.m. concert will feature Michel and voices of the new generation of Haitian singers, Princess Eud and Riva Précil. The trio, having joined forces for their recent hit song “Egzotik,” are sure to delight audiences with the energetic and mesmerizing sounds of their storied island nation.

Praised by The New York Times as a “dancing ambassador with a voice serene and warm like the breeze,” Michel was born in Gonaïves, Haiti, and began singing with a gospel choir there. After studying at the Detroit Jazz Center, she returned home to Haiti and musical fame soon followed. Captivating audiences with her unique fusion of Haitian rhythms, pop, jazz and blues, the skillful singer-songwriter amassed a long list of hit songs including “Flanm,” “A.K.I.K.O.,” “La Chanson de Jocelyne,” and “Pran Mem M (Take My Hand).”

The “Black Pearls” concert—its name a nod to the rare excellence of its performers as well as to Haiti’s moniker as “the pearl of the Antilles”—will also feature the talent of the rising generation of Haitian performers: Eud, a talented rapper and singer known for hit songs such as “Hey” and “Eudomination,” and Précil, a Haitian-American singer-songwriter celebrated for her mix of jazz and Haitian beats.

“We are excited to welcome this musical icon to Aaron Davis Hall and present New York audiences with the chance to hear the sounds of Haiti,” said Gregory Shanck, managing director of CCCA. “As we near the ten-year anniversary of the 2010 Haitian earthquake it provides us with the opportunity to focus on the glory and promise of that nation.”

“Black Pearls” will also feature the Sacred Heart Children’s Choir of the Sacred Heart Roman Catholic Church in Cambria Heights, New York. Tickets for “Emeline Michel’s Black Pearls” are $40 general admission and $32 for students and seniors; they are available for purchase online at www.citycollegecenterforthearts.org or by calling the box office at 212-650-6900.