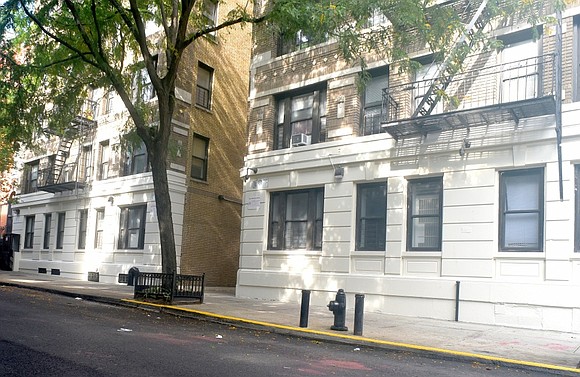 According to a report there’s been a problem in the Department of Health and Mental Hygiene’s enforcement of Local Law 1’s safe work practice regulations. The report (“Collecting Dust: How NYC is Failing to Penalize Landlords for Exposing Tenants to Lead Dust”) showed that penalties for lead-safe work practice violations are paid at a lower rate than other health code issues the agency enforces.

Local Law 1 was created to protect tenants and workers from lead dust poisoning as a result of construction work. Exposure to said dust can cause neurological and behavioral health issues in children. “Collecting Dust” follows a report from last year that revealed inadequate enforcement of the main prevention measures in Local Law 1 putting children at risk.

According to advocates, the findings are based on information from the NYC Office of Administrative Trials and Hearings, FOIL requests to the Department of Health and Mental Hygiene, and observations. When DOHMH enforces against street vendors, 35 percent of fined cases resulted in the vendor making a payment. Less than 1 percent of fined cases in lead-related violations resulted in payment.

“In last year’s City Council oversight hearing on lead enforcement, heads of the city agencies in question were reluctant to own up to the real reason for the continuing lead crisis that affects our children—a broken system,” stated Ed Rudyk, a tenant leader with the Lead Dust Free NYC coalition. “When fines are issued, they do not have the desired punitive effect since they are inconsequential to wealthy landlords, often greatly reduced, or simply ignored.”

When the AmNews spoke to New York Lawyers for Public Interest Director Of Environmental Justice Rachel Spector, she highlighted how Local Law 1 needed to be enforced for New Yorkers’ safety.

“This particular report is really driven by the experience of tenants working with organizers, particularly in rapidly gentrifying neighborhoods,” said Spector. “They’ve been living in older buildings for a long time and a new landlord will come in and bring in renovation. Lead paint is being distributed by construction that’s not been done in a lawful manner.”

Over the past year, a number of advocates from various groups have met to discuss lead contamination issues. With the recent reports on lead in the water of public schools and in NYCHA properties, it made their advocacy more pertinent. Spector said that landlords can simply not follow the rules due to the lack of enforcement, but feels that there are ways to punish them.

“I mean, you’re right that if a landlord is determined not to follow the rules,” said Spector, “it’s difficult to stop them, but we do think there are a number of things that can be done.”

The report calls on the City to more aggressively enforce existing laws and collect penalties surrounding lead safe work practices. It also suggests that they coordinate across agencies to identify repeat offenders and increase transparency about enforcement measures to hold them accountability.

Christine Appah, senior staff attorney at New York Lawyers for the Public Interest, stated that if it’s not about the care of young people then the city’s going about it the wrong way.

“Children must remain the central focus of efforts to remove lead from the built environment,” said Appah. “Where unsafe construction practices in residential buildings put families at risk from lead dust, landlords must face meaningful consequences.

“The city must do more to prevent exposure to lead dust from construction in the first place, rather than leave children to face the lifelong consequences of gaps in enforcement,” concluded Appah.