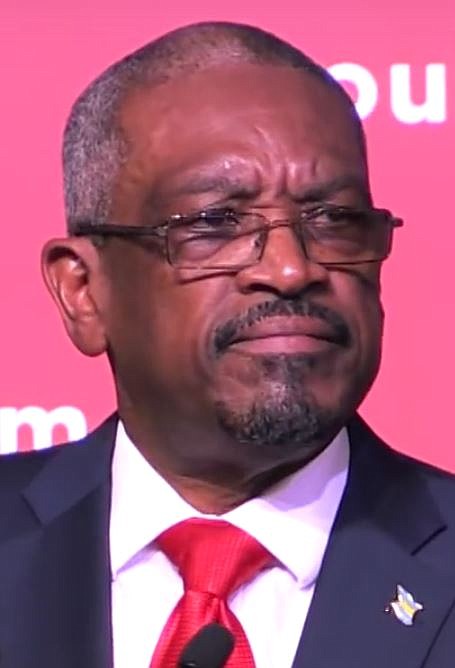 Once again, hurricane-ravaged The Bahamas is using the opportunity of the rebuilding and recovery period to purge the country of some Haitian refugee boat people who had settled on various Family Islands in recent decades and had been accused of establishing shanty towns in the tourism dependent archipelago.

Despite pleas from local rights organizations and the Office of the United Nations High Commissioner for Human Rights, the administration of Prime Minister Hubert Minnis is moving ahead with a mass deportation project that is returning hundreds of Haitians back home.

In the past week, authorities removed more than 100 Haitian migrants who police said had been convicted for a string of offences from fraud to larceny. Haitian officials in The Bahamas had been persistently appealing to local officials to stay their hands at mass deportation largely because of the trauma suffered when Hurricane Dorian struck in September and because of continuing violent unrest back home in Haiti.

Dorian ravaged Grand Bahama and Abaco islands, killing nearly 70 people. Authorities fear some of the hundreds who are still unaccounted for are dead and their remains will be found when all the rubble is removed in the coming weeks.

Government said in its most recent statement on deportations that a group of 97 males, 13 females and three children were put on a charter flight and returned to Haiti where protestors are trying to bring down the government for alleged widespread corruption.

The move came hours after Bahamian coastguard officials in collaboration with those from nearby Turks and Caicos Islands, intercepted a group of 87 Haitians trying to land on Great Inagua Island, near the southernmost tip of the archipelago. Some were intercepted on a vessel while others were found while trying to hide in coastline shrubs.

Meanwhile, the umbrella Inter-American Development Bank is estimating damages so far at $3.4 billion. But authorities say this could at least double when damage to natural patrimonies like damaged coral reefs are valued.

The Nassau Guardian newspaper quoted from a Stanford

University study that focused on damage to eco systems, reefs and other life forms.

The study suggested that the most tourist friendly coastlines “sit on extensive shallow banks, where the potential for significant storm surge is high. Grand Bahama is the most at risk island in the country, followed by Abaco, Acklins, Crooked Island, Andros and New Providence.

“Our results suggest that if these habitats are lost, even under current sea-levels, the length of shoreline highly exposed to hazard throughout the country would quadruple.”

And the $3.4 billion tab the IDB estimated that Dorian inflicted on The Bahamas could be equivalent to as much as 25 percent of the Bahamian gross domestic product or compared to the U.S. losing the economic output from mega states like California, Texas and Florida.

“The magnitude of the losses requires a new development approach to achieve climate and disaster resilience in areas that range from location of settlements to redesigning infrastructure and strengthening environmental protection,” the IDB said. Police and emergency response officials said that apart from the nearly 70 deaths, more than 300 people are listed as officially missing.

Thirty thousand people were affected by Dorian in Grand Bahama and Abaco, with a reduced impact on New Providence.

“It is important that those directly affected by the disaster feel the presence and solidarity of the government throughout the difficult process ahead,” said IDB representative, Daniela Carrera-Marquis, suggesting that “reconstruction efforts will last many years and will require a well-coordinated participation of public and private sectors, civil society and the international community.”