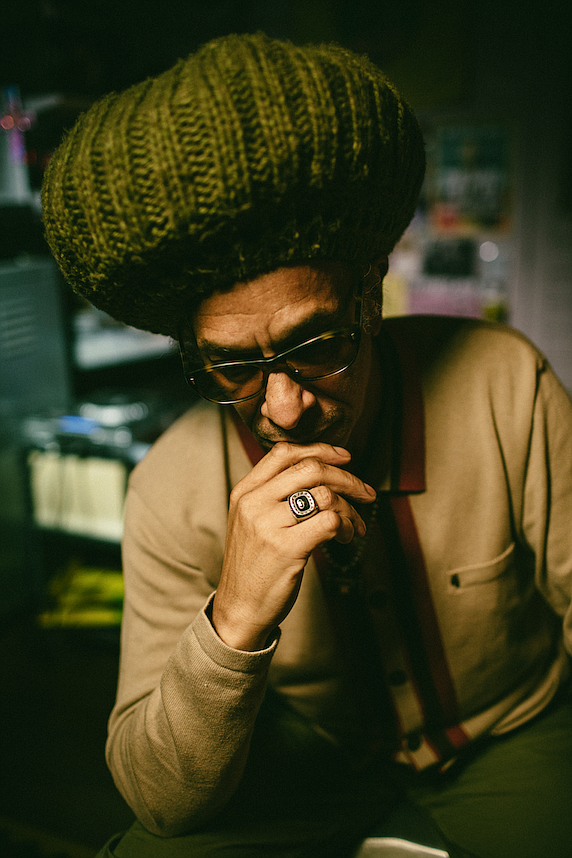 The new documentary “Rudeboy: The Story of Trojan Records” chronicles the history of the UK record label that introduced England and the world to reggae and Jamaican music in the ’60s and ’70s. “Rudeboy,” directed by Nick Davies, is a combination of well-directed reenactments of actors portraying the label’s founders and artists, and interviews with legendary artists Lee ‘Scratch’ Perry, Neville Staple, Marcia Griffiths, Dandy Livingstone, Lloyd Coxsone, and Pauline Black.

“Very fortunately, it all started because there was chatter that it had been 50 years since Trojan launched. So, it started a conversation about what could be done about it. I thought the most pertinent thing was to make it about the social and political context of the whole thing. It’s kind of remarkable, the impact beyond records,” said director, Nick Davies about the origin of the documentary. The film screened to a sold out audience at the Brooklyn museum earlier this fall and is now available in the U.S. on the breaker.io online platform.

We spoke with one of the commentators, the iconic filmmaker, Don Letts (“The Revolution Will Not Be Televised: Gil Scott-Heron,” “Brother From Another Planet: Sun Ra,” “Tales of Dr. Funkenstein: George Clinton”) about the history of reggae music in the UK and Trojan Records, it’s influence on his own work and the genre’s global reach.

AmNews: Why do you think it is important for people to learn the history of Trojan Records?

Don Letts: If you look at the map of the world and you look at Jamaica, it’s this tiny little island that spent hundreds of years under colonization. And if you fast forward to the 21st century, this tiny little island has managed to culturally colonize the whole planet, particularly with its music and its culture. I think the Trojan documentary explains the power of Jamaican culture.

Trojan was launched in the UK, and it was via the UK that reggae launched around the whole world. Americans were a little slow to the party, but when they picked up on it they really got involved. It informed a lot of Black American culture, particularly hip hop. We’re talking about some of the foundations of 21st century Black music. It’s one of the building blocks.

AmNews: How did reggae inform punk music, a genre of music you helped bring to the mainstream?

Letts: It was first rebel music. It was very different and it was music that spoke of social change. When the white guys came up with punk rock, they were looking for a soundtrack that was appropriate to their situation because the popular music in the mid ’70s bore no reflection to the vibe on the streets. Luckily for me, I had a soundtrack, which was reggae, which was always more connected to what was going on in its immediate environment. Reggae had this music reportage quality about it that translated perfectly to the UK.

AmNews: How were you involved in the “Rudeboy” documentary?

Letts: Specifically, Trojan provided the soundtrack to my entrance into subculture because Trojan [music] was adopted by the skinhead movement in this country. When I say skinheads, I’m talking about the fashion version and not the fascist version that would erupt 5 or 6 years later. So, my connection with Trojan is that I was simply a fan of the music, and I guess it ignited, not only my life long love affair with reggae, it also sewed the seed for England’s love affair with Jamaican music. Reggae music, as far as England goes, Trojan started it all.

[Nick Davies] did an excellent job with “[Rudeboy]”. In making Trojan, that story was a tough call because there is no archive of that period. There’s hardly any still pictures. The detail that he put into the reconstructions, all those brothers that he put in the film actually looked like people they were portraying.

AmNews: Why did you decide to document the emergence of reggae and punk in the ’70s to the present via your documentaries and music videos?

Letts: I don’t really see it as my job to document anything. I was just filming the sh-- that turned me on. And in 1971 I saw Jamaica’s famous music film, “The Harder They Come” and I dreamt of becoming a filmmaker. In the early ’70s, for a young Black man to become a filmmaker was a ridiculous idea. Six years later, we had the whole punk rock explosion in the UK. To me, the most interesting aspect of punk rock was the whole idea of do-it-yourself.

So, when my white friends were picking up guitars, I wanted to pick up something too. So, I picked up a movie camera and started to film the things that interested me. That gave birth to me being the filmmaker I am today. It was informed by Jamaica and inspired by punk rock attitude. It’s about passing on the energy that made me who I am. That’s why I made documentaries about people like Sun Ra [and] Gil Scott Heron, or George Clinton, or Lee Scratch Perry.

AmNews: What advice would you give a young filmmaker of color who’s trying to break into the industry today?

Letts: There’s a favorite quote of mine that I heard from an old Western movie where a young gun slinger was asking an old gunslinger for tips on how to be better, and the old gunslinger said, “Draw fast, shoot straight and don’t hit the bystanders.” I’m giving that as a metaphorical example, not a literal one. For some reason, that always struck a chord with me. It’s good advice for any young creative: you set your [goal] in your sights, you aim for it and try not to be a dick on the way. Ultimately, it’s all about having a good idea and the motivation.

There’s technology out there these days where you can express yourself. When I was young, 3 minutes of film cost me 20 pounds. That was a lot of money but it was the best education I ever got, and it made me very focused.

AmNews: Do you think there’s been progress for the Jamaican community in the UK?

Letts: We changed the very idea of what it means to be British, girlfriend. From the minute my parents came over in the ’50s, our culture has totally changed the dynamic of what it means to be British through music, through fashion, through style and attitude and food. It’s a testament of the power of culture and what brings people together. I’m living proof that that dynamic works. I found that it’s our differences that bring us closer together, it’s not about being the same.