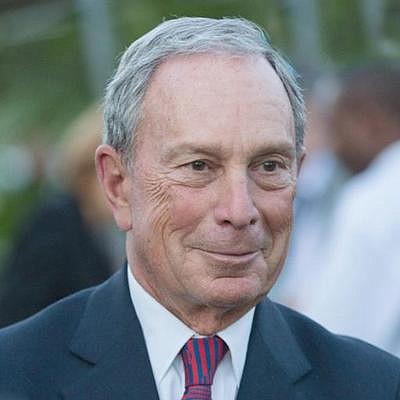 Michael Bloomberg served as mayor of New York City for 12 years. He changed the laws to get those last four years. Black and Latinx New Yorkers were subjected to a policy that made them guilty for existing. What’s Bloomberg’s response to this?

With rumors circulating that the mayor will announce his candidacy for president in a couple of days, he’s made the rounds reflecting on his tenure as mayor and admitting things that he did wrong. One of those wrong things was a policy that singled out Black and Brown bodies—stop-and-frisk.

“Over time I’ve come to understand something that I’ve long struggled to admit to myself,” said Bloomberg while speaking at the Christian Cultural Center in Brooklyn. “I got something important wrong. I got something important really wrong. I didn’t understand back then the full impact that stops were having on the Black and Latino communities. I was totally focused on saving lives, but as we know, good intentions aren’t good enough.

“I was wrong and I’m sorry,” said Bloomberg.

One can accuse the former mayor of being cynical. One can also accuse the mayor of waiting for an atmosphere convenient enough where he could apologize. However, New York Civil Liberties Union Executive Director Donna Lieberman just wants Bloomberg’s actions to speak louder than

“For Bloomberg’s apology to be taken seriously, he would need to take concrete steps to make amends and begin to repair the tremendous violence and harm he caused Black, Latinx and other New Yorkers of color over his 12 years as mayor,” Lieberman said.

Under stop-and-frisk, New York City police had the authority to stop anyone in the street and detain them if they were suspected of committing a crime. Black and Latinx people took the brunt of that policy.

The report also showed that Black and Latinx people were disproportionately stopped regardless of the neighborhood’s demographic makeup. In places like Kips Bay and Murray Hill in Manhattan, Black and Latino people were 75% of the people stopped by police. Both demographics collectively make up only 8% of the residents there.

“We’re glad Bloomberg finally realized what we’ve known all along,” said the press secretary. “While it may now be convenient to him to apologize, it’s too little, too late. An apology does nothing to reverse the years of harassment experienced by Black and Brown New Yorkers across the city. Under this mayor, we’ve ended the racist policy and the city has gotten even safer.”

But not all are on board with the “apology tour.”

Police Benevolent Association President Pat Lynch said in a statement: “Mayor Bloomberg could have saved himself this apology if he had just listened to the police officers on the street. We said in the early 2000s that the quota-driven emphasis on street stops was polluting the relationship between cops and our communities. His administration’s misguided policy inspired an anti-police movement that has made cops the target of hatred and violence, and stripped away many of the tools we had used to keep New Yorkers safe.

“The apology is too little, too late,” concluded Lynch.

Jose Lopez from Communities United for Police Reform Action Fund said that Bloomberg has a history with race-related issues that wouldn’t suit a presidential run.

“The NYPD’s stop-and-frisk program under Bloomberg was the nation’s largest racial profiling program at the time and is only the tip of the iceberg of what Bloomberg should apologize for from his tenure as NYC mayor,” stated Lopez. “Bloomberg’s mayoralty should be remembered for a consistent thread of structural racism, including his defense of the NYPD’s mass unwarranted religious profiling of Muslim New Yorkers of color; his refusal to settle the Central Park 5 case; and his support of failed and dangerous broken windows policing which included stop and frisk, racially biased marijuana arrests, and targeting of homeless and other low-income New Yorkers.”

Those who want stop-and-frisk to remain law claim that New York would go back to the bad old days of the 1970s and 1980s if it ended. Former Republican mayoral candidate Joe Lhota ran against de Blasio on a similar campaign. In reality, crime has continued to drop even after stop-and-frisk ended.

In a statement, New York City Public Advocate Jumaane Williams called out the former mayor and the current mayor for not creating better policies to mend the relationship between Black and Latinx communities. He also noted that Bloomberg was still defending his stop-and-frisk policy in the same calendar year where he just apologized for it.

“As recently as this year, Mayor Bloomberg was defending this position, and while apologizing for wrongs is a necessary quality in strong leadership, a more meaningful action would include developing and advocating a real plan for restorative justice in those communities and aiding officers whose careers and lives faced challenges because of their public opposition to the policy,” said Williams.