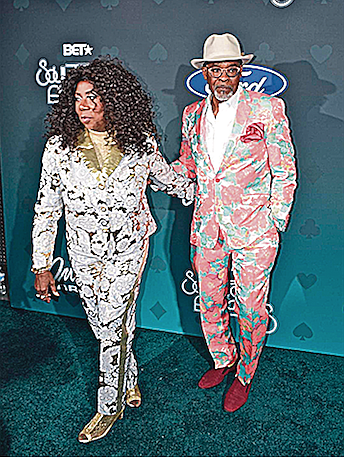 I just thought that bassline was crazy, when I first heard the joint. The S.O.S. Band with “High Hopes.” Nice!! No wonder, although it was produced by Ricky Sylvers and Gene Dozier, it was sprinkled with flava from the Midas touch producer of that day, Leon Sylvers, who served as executive producer. A further look at the credits revealed the writers were J. Harris/T. Lewis. Figured I should check for more credits from that twosome in the future. They might be a lil somethin’. Turns out that bit of information is now reduced to footnote material. Harris and Lewis, as members of the collective The Time, were relieved of their duties in the band when two forces of nature collided. A snowstorm in the city of Atlanta (the first) caused them to miss a gig which didn’t sit well with the band's creator Prince (the second.) At that time, they had found themselves helmed as the overall producers for album four of the S.O.S. Band, “On The Rise,” scoring with the number two hit “Just Be Good To Me” and a top five ballad “Tell Me If You Still Care.” “On The Rise” became the second gold album for the S.O.S. Band, hitting No. 7 R&B in the summer of 1983 but it did way more in the annals of music. Side heat in the form of the Thelma Houston’s “You Used To Hold Me So Tight” and Cheryl Lynn’s “Encore” were taking off just as that songwriter/production team of Jimmy Harris (aka Jimmy Jam) and Terry Lewis were churning out classic material from artists they themselves groomed in Cherelle and the former lead singer of the band they were separated from, Alexander O’Neal.

In 1991, they founded a boutique label, Perspective Records––with distribution by A&M Records. Success bore fruit on their newly minted label with a Minneapolis-based gospel/R&B collective of artists known as Sounds of Blackness. Their debut single, “Optimistic” served as a groundbreaking anthem stressing positivity and encouragement. Other groups that followed down the path and up the charts of their direction were Mint Condition, Lo-Key? and Solo. If you notice the names of the artists mentioned, including Jam and Lewis, none were household names at their inceptions. They all grew on the merits of their talents and their work ethic. That’s what Jam and Lewis bought to the table whether working with fledgling artists or the likes of giants like Janet, Michael, Luther, New Edition, Boyz II Men, Usher and way too many to name. That’s why they’re BET 2019 Soul Train Legend Award winners. Ironically the other legacy award winner, Lady of Soul recipient Yolanda Adams, worked with the team for her biggest single “Open My Heart.” Great selections!!!! As for the complete listing of winners for the BET 2019 Soul Train Awards are:

Album/Mixtape of the Year – “Cuz I Love You,” Lizzo

Song of the Year – “No Guidance,” Chris Brown feat. Drake

Video of the Year – Lizzo, “Juice”