Time and reason are running out for Colin Kaepernick 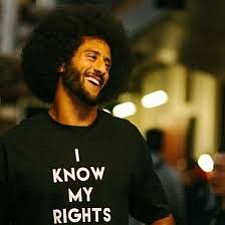 Why are NFL teams fearful of signing Colin Kaepernick?

The question is both rhetorical and one that begs a literal response devoid of political correctness by NFL commissioner Roger Goodell and the 32 team owners and general managers, none of which have invited Kaepernick to their respective facilities for a workout and interview since he opted out of his contract with the San Francisco 49ers in March of 2017, thus becoming a unrestricted free-agent.

However, neither Goodell, owners nor team executives would ever place themselves in a position to express honestly as to why the 32-year-old Kaepernick remains jobless—or at least without a job as an NFL quarterback. Lord knows Kaepernick could have displayed the skills and fitness of the greatest QB prospect ever at his workout this past Saturday and still remained an unsigned pariah.

So time and reason continue to rapidly run out on Kaepernick’s possible return to the NFL. The bottom line is he took a political stand to protest social injustices, offending the sensibilities of mostly white, conservative fans that comprise a substantial segment of the league’s fan base, and team owners don’t think the backlash and exhaustive media coverage signing Kaepernick—or even extending an invitation for a tryout—would generate is worth the potential benefits it may reap on the field.

Donald Trump and his supporters speciously spun Kaepernick’s silent protest, which first spread across the NFL, then globally, into a referendum on his lack of respect for the American flag and the U.S. military. Trump and a legion of his pseudo-patriotic followers who are only patriotic in their own distorted sense of its meaning caused enough worry among owners to effectively blackball Kaepernick from the league.

Kaepernick and his former 49ers teammate Eric Reid ultimately settled a collusion grievance suit against the NFL. Reid, 27, was signed by the Carolina Panthers to a three-year, $22 million deal last February. The NFL’s scheduled workout last Saturday for Kaepernick at the Atlanta Falcons’ training facility was destined for disaster from its conception.

At the 11th hour, due to plausible distrust of the league by Kaepernick, he decided to hold his own private workout at a high school 60 miles from the Falcons’ facility that was open to fans and media. The workout planned by the NFL barred fans and media. The NFL’s attempt at good public relations backfired. From the start they should have made the session open to media and fans as a way to prove they were being transparent.

Moreover, the workout should have never taken place. Individual team owners and GMs should have the courage of conviction to bring Kaepernick in for a private workout if they are sincere and serious about giving him a fair opportunity. That seems unlikely now, as unlikely as Kaepernick ever playing in the league again.