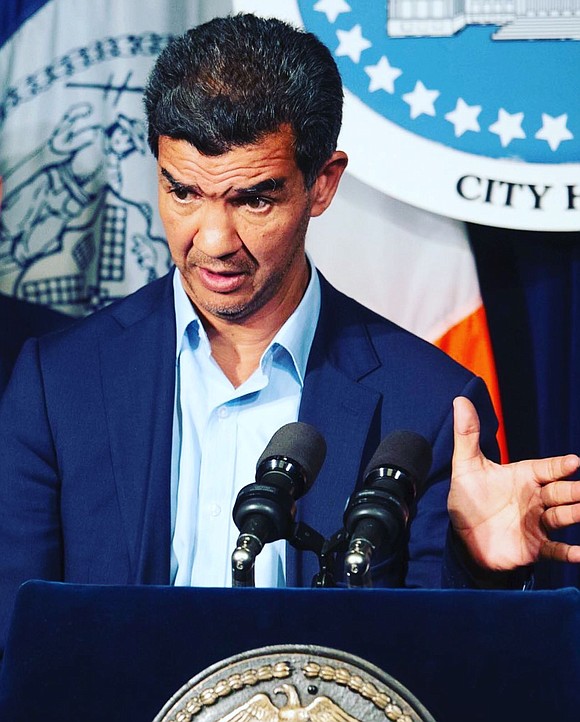 Livery cab drivers feel like they’re in danger of becoming extinct. They want the city to help.

On Monday, Nov. 18, NYC Livery Base and Corporate Black Car drivers and owners and community advocates gathered at City Hall calling on the Taxi and Limousine Commission to address their recent struggles. The group wants them to address issues impacting livery and corporate cars and save an industry going through hard times.

The Committee on Transportation heard from TLC chair Bill Heinzen, the Livery Base Owners Association, drivers, base owners, and advocates. It also heard from an elected official showing solidarity with the drivers.

New York City Council Member and Transportation Committee Chair Ydanis Rodriguez stated that the city has to look at each of the sectors to come up with a solution for each as opposed to a “one size fits all” approach.

“We went from having 50,000 Livery vehicles in 2014 to less than 10,000 in 2019. We have lost more than 40 thousand livery cars since 2014,” stated Rodriguez. “Many of the drivers and owners of livery bases and the drivers of Corporate Black Car services are working-class immigrants. Taxi services that once were booming are now seeing sharp declines in ridership in astronomical numbers, making this way of making a living unsustainable.”

According to Rodriguez, the city went from having 50,000 livery vehicles in 2014 to less than 10,000 now. The council member stated that the industry lost more than 40,000 vehicles because of the “predatory” practices for for-hire services and “ineffective regulations of said services. Industry insider claim that their inability to replace drivers lost due to licensing caps had clamped them for improving their situation.

“Our industry urgently needs the support and protection of the City and its authorities,” stated Livery Base Owners Association President Jose Altamirano. “In recent years we have seen how for-hire vehicle policy-making has turned and centered on benefiting high-volume for-hire vehicle service providers, while we, the small local bases are being pushed against the corner and put on a path toward disappearance. The livery taxi industry has served NYC for over half a century and throughout the years we have complied with every step, followed every rule, and fulfilled our mandate to serve areas with limited transportation resources and infrastructure.”

People like Altamirano also noted that a lot of the industry’s customer base comes from underserved neighborhoods and “transportation deserts” in Brooklyn, Queens, Staten Island, the Bronx and Northern Manhattan. They want to level the playing field in the city’s cab industry.

Cira Angeles, spokesperson of the Livery Base Owners Association, called the city out for not being on the up and up with their approach to the livery cab drivers’ situation.

“The City has been disingenuous in its effort to counteract high-volume for-hire vehicle services such as Uber, Lyft and the likes, and it has failed to recognize that there is a different system of for-hire vehicles, created by the City itself decades ago,” stated Angeles. “The for-hire vehicle licensing cap was a blanket-policy approach that dismissed that fact, and in the process, also dismissed the needs of vulnerable New Yorkers who rely on our service in areas where yellow taxis don’t go, mass transit is inefficient and transportation alternatives are limited. “Let’s stop the myth that livery and black car drivers affiliated to bases contribute to traffic congestion in Midtown and Lower Manhattan,” continued Angeles. “Our industry was created by the City itself, to serve a particular geography of the five boroughs that needs us to keep moving.”