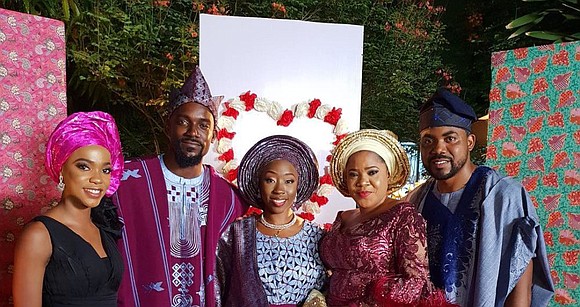 The African Diaspora International Film Festival will celebrate its 27th anniversary from Nov. 29 to Dec. 15 with 59 narratives and documentaries to be presented at Columbia University’s Teachers College, Cinema Village and MIST Harlem.

Since 1993, ADIFF’s editorial line has aimed at remaining culturally relevant with a selection of meaningful thought-provoking titles presenting the human experience of people of color. Some titles come directly from important national and international film festivals such as Sundance, Toronto, Durban, the Pan African Film Festival, FESPACO, Cannes and Berlinale. Others are very independent productions made by filmmakers eager to share their message with an audience.

The opening night film, “Ali’s Comeback: The Untold Story” by Art Jones is a fascinating documentary that recounts the unsung saga that broke the boxing’s blacklist status of Muhammad Ali, the champion who said “no” to war and racism.

The closing night film is the romantic comedy “Two Weeks in Lagos” by Kathryn Fasegha, a turbulent and thrilling journey into the lives of Ejikeme and Lola which captures the excitement, vibrancy and complexity of everyday life in Lagos, a dynamic city where anything is possible in two weeks.

Other highlights include the premiere screenings:

“Wagner Moura’s Marighella,” which had its world premiere out of competition in Berlinale 2019. Currently censored in Brazil, “Marighella” is a new Brazilian action drama set in 1969 based on the life of Afro-Brazilian politician and guerrilla fighter Carlos Marighella. Facing a violent military dictatorship and with little support from a timid opposition, writer-turned-politician Carlos Marighella organizes a resistance movement.

“Les Miserables” by Ladj Ly, a powerful drama that depicts the tensions between the various neighborhood groups living in a sensitive district of the Paris suburbs in France. “Les Miserables” won the Jury Prize Cannes Film Festival 2019. It is France’s submission to the Academy of Motion Pictures in the International Cinema category.

“Made in Bangladesh” by Rubaiyat Hossain—which had its world premiere at TIFF this year—about a young woman working under very poor conditions in a factory in Bangladesh who decides to fight to set up a union despite threats from management and disapproval of her husband.

Official selection Sundance 2019, “The Last Tree” by Shola Amoo is a moving coming-of-age story about Femi, a British boy of Nigerian descent who, after a happy childhood in rural Lincolnshire, moves to inner London to live with his Nigerian mum.

“Jocelyne Beroard, at Heart”/“Jocelyne, Mi Tchè Mwen” by Maharaki. A musical documentary about the sole female member of the legendary Caribbean band Kassav, Jocelyne Beroard, one of the greatest icons of the Caribbean and African communities.

“Fear No Gumbo (Stop Stealing Our Sh*t)” is the latest documentary by aspiring rapper Kimberly Rivers-Roberts whose work and life were feature in the Oscar nominated heart-wrenching 2008 documentary about Katrina and its aftermath, “Trouble the Water” by Carl Deal and Tia Lessin.