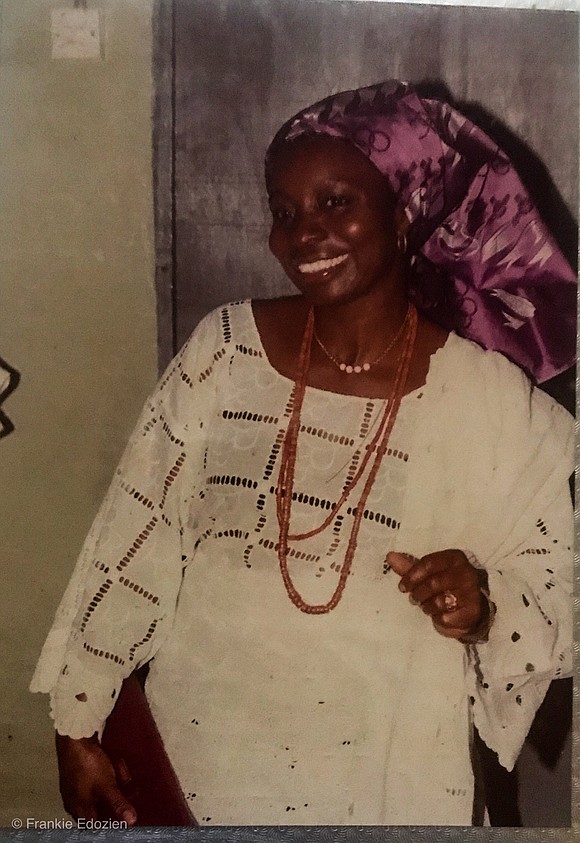 A beloved Brooklyn scientist and grandmother Mary Ego Edozien, who died on September 24, 2019 is set to be returned to her ancestral home of Asaba Nigeria for burial at Thanksgiving.

Edozien, 78, who retired as a healthcare provider at the psychiatric ward of Woodhull Hospital was from Aba, Eastern Nigeria. Her parents were Lawrence Abanokwu and Cecelia Gwam, middle class Nigerians employed by the British colonial masters as produce officers, responsible for inspecting raw materials shipped to England.

She was educated at All Saints School, Asaba. She went on to study at the prestigious Queens School Enugu. She earned her bachelor’s degree in Zoology from Rutgers University in Newark, N.J.

She went on to become West Africa’s premier vaccine producer, running the Yellow Fever Vaccine Laboratory for years and doing her part to provide yellow fever vaccines to countries all over the African continent. Her professional and personal accolades earned her two Nigerian chieftaincy titles (the Otun Iya Meso of Offin Shagamu Remo and the Ezigbo Ogoli Bu Uno of Asaba).

Upon her retirement from the Nigerian Federal Civil Service, she relocated to New York and turned her attention to being a full time grandmother to her three American granddaughters. But retirement for an energetic lady who’d always worked and was full of energy meant heading back to work, doing what she did best, taking care of others.

She worked at Brooklyn’s Woodhull hospital for years in patient care at the psychiatric wards, mothering a whole squad of night nurses until she could no longer do so.

She was a wife, mother, and grandmother who instilled the notions of hard work and faith in all her children. A lady of great faith who prayed and held on to her rosary every day, she enjoyed watching tennis and reading good books, next to traveling. She worshipped in every town she lived in from Brooklyn’s Queen of All Saints to Lagos’ Church of the Assumption Falomo, to St Joseph’s Catholic Church in Asaba. Whenever she was physically unable to get to mass, her television was turned on to channels were mass was broadcast.

She loved her family and many people in her orbit––from her work life to her social and church life––simply became her children. Often referred to as ‘Iya Meso’ her Yoruba chieftaincy title by her children, she was known to many as ‘Mama,’ ‘Auntie Chief-Chief,’ ‘Miss Mary,’ ‘Grandma New York.’ She is survived by her children including the New York-based journalist and writer, Chiké Frankie Edozien; grandchildren and many nieces and nephews.