Dedicated to those who want change 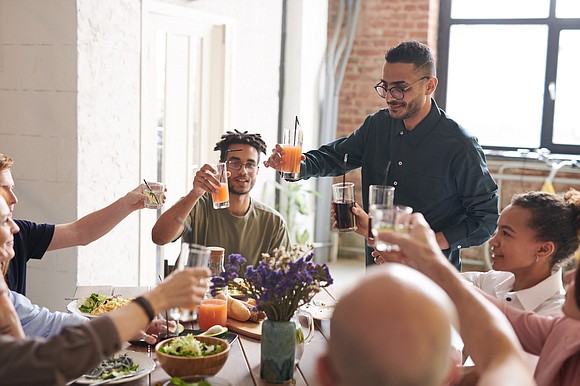 Many men and women––living and dead––have dedicated their lives for the betterment of mankind. In so doing, they have left their thoughts and deeds for us who are still living to be challenged for change.

At this Thanksgiving time of year, I would like to dedicate this column to those who have decided to take up their human arms and minds to bear the discomfort in order to ensure a state of well-being for all.

“From too much love of living, from hope and fear set free

We thank with brief

Whatever Gods may be,

That no life lives forever,

That dead men rise up never!

That even the weariest river

It was Henry Fielding, 1707-1754, English novelist and playwright who stated, “When I’m not thank’d at all, I’m thank’d enough,

Speaking of a thankful heart, Izaak Walton, 1593-1683, English biographer and author stated, “God has two dwellings: one in heaven, and the other in a meek and thankful heart.”

Reflecting on poverty, it was Edward Atkinson, 1827-1905, American Textile manufacturer and writer, who stated, “There are two things needed in this day; first, for rich men to find out how poor men live; and second, for poor men to know how rich men work.”

Our great President Dwight David Eisenhower, 1800-1969, U.S. Army General and 34th president of the U.S. said, “If we permit extremes of wealth for a few and enduring poverty for many, we shall create a social explosiveness and a demand for revolutionary change.”

It was William Claude Fields, 1879-1946, American comedian, who stated, “A rich man is nothing but a poor man with money.”

A definition of wealth stated by John Kenneth Galbraith, 1867-1933, English novelist and playwright: “Few things have been more productive of controversy over the ages than the suggestion that the rich should, by one device or another, share their wealth with those who are not.”

John Erskine 1879-1951, American educator and author (who also taught English at Columbia University), stated, “No doctrine has shocked me more than the common American formula that he who has much money must be admirable and he who has none ought to apologize.”

Ulysses Simpson Grant, 1822-1885, American general and 18th president of the U.S. said, “Too long denial of guaranteed right is sure to lead to revolution-bloody revolution, where suffering must fall upon the innocent as well as the guilty.”

Napoleon I. Bonaparte, 1769-1821, emperor of the French, stated, “Revolutions are like the most noxious dung-heaps, which bring into life the noblest vegetables.”

Richard Whately, 1787-1863, English logician and theologian, stated, “The best security against revolution is in constant correction of abuses and the introduction of need improvements. It is the neglect of timely repair that makes rebuilding necessary.”

Again, to those who are laying their bodies down uncomfortably, and to those who have not joined you, pray, at this Thanksgiving, that your mind, body and soul will encourage others throughout the world to realize that a change is at hand and we cannot give up.