‘Ford v. Ferrari’—not worth the drive 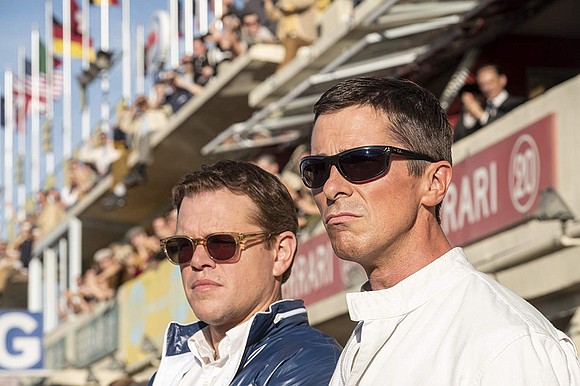 When Henry Ford II, president of the auto building empire, is slighted in a business deal and personally insulted by fellow car manufacturer Enzo Ferrari, Ford decides to take on the Italian carmaker in the venue that Ferrari’s vehicles dominated for years: the Le Mans car race.

Academy Award-winners are featured, as Matt Damon plays the auto designer and Christian Bale stars as the driver of the state-of-the-art car that Ford pours millions into to combat his Italian rival.

“Ford v Ferrari” is a long, drawn out (over two and half hours!) story about how far a powerful man went to achieve victories over his opponent. This is a film you should wait and rent.

It’s loaded with what I call false conflicts—screenwriters’ tools of creating quandaries where there’s really no question as to how they will be resolved. For example, Matt Damon plays a car designer. There’s a plotline raising doubt over if he’ll be hired by Ford to draw up and build the car. And the Ford executives don’t like Bale’s character and want someone else to drive at Le Mans. But because Daman and Bale are the stars, it’s obvious how all of this turns out.

Some commentators opined that even if you aren’t into this sport, you’ll be intrigued. Wrong. If you don’t like car racing, this film will bore you, especially at the insufferable length of two hours and 32 minutes.

Set in 1960, this story will definitely appeal to those who long for that time when white men exclusively held the reins of power. Before notions of equality and diversity took hold.

The acting is superior. Damon and Bale shine, as does Tracy Letts as the legendary auto executive Henry Ford II and Caitriona Balfe who plays Bale’s loving and supportive spouse.

“Ford v Ferrari” gets a “D” for cast diversity. Other than a few scenes of Black workers in the Ford factory—Ford has a long history of hiring African Americans as early as 1916—there are few people of color in this film. Understandably, there would not have been Black people in executive offices or socializing with the powerbrokers featured in this movie. But Blacks made up about a third of the Motor City’s population during that time, including some of my family members. So, they should have been on the streets and in other background scenes of the film.

Ultimately, “Ford v Ferrari” has some historical value and moments of intrigue. But for non-race car fans this film is too long in length and too short on entertainment.