Will and Gladys bless the Kings Theatre in Brooklyn 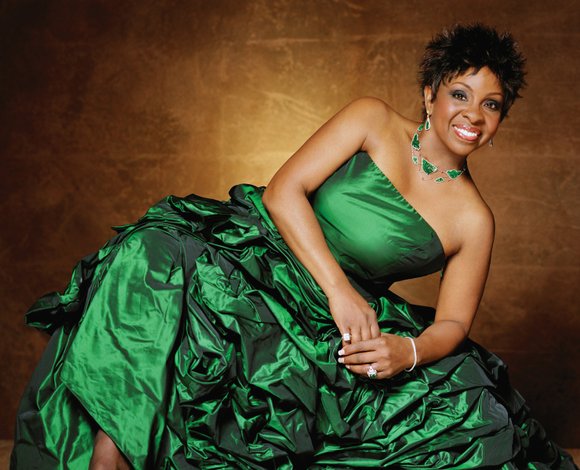 It all began with the smoky, sultry, base-heavy dulcets of Mr. Will ‘I Go Crazy’ Downing. Enough adjectives for you?

His rich, velvet voice reverberated around the sumptuous setting that is the Kings Theatre in Flatbush, Brooklyn, on Saturday, Nov. 23.

Gladys Knight came with her full and glorious voice. She was so very generous. Each song had a story. Gratitude. Thankfulness, and a request to make the best of life.

She was in a fun, grandma-grandma story mood. She laughed­­––a lot; she told the audience and WBLS host Shaila to love, live and be kind.

Special guest Will was in rare form. He brought his classics and gifts from his new album. He dipped effortlessly into his huge catalogue, and deftly and seamlessly got “Romantique Part 1” with the first of his two EP tributes, released in October. His thirty years in the game, 21 albums, this beloved Brooklynite set the night up perfectly for Ms. Gladys Knight.

One of the most treasured romantic balladeers of this beautiful genre “The Prince of Sophisticated Soul himself,” Will Downing skillfully wrapped his much celebrated baritone voice around the perfect instrumentation of the tight live band.

Excited, the crowd anticipated the Grammy-nominee’s spin on classics “I Go Crazy” and “Wishing on a Star” and his very own “A Million Ways” and “Sorry I.”

Downing has even revamped his own classics, “If She Knew.” Go cop “Romantique Part 1” the album if you haven’t already, because Part 2 is coming, and there’s only so much perfect aural sugar one can take in one sitting.

Gladys Knight’s special guest excelled in showing off his verbal gymnastics and tonsil and breath control.

No Rachelle Ferrell, but Miss Monet and Brother Downing gave us a stellar “Nothing has Ever Felt Like This.”

We were blessed, and with a salute to the Q’s at the end, he left the stage.

Miss Gladys Knight was in her element. She peppered her songs with tales of her early days, of experiences in the industry, and Detroit, Curtis Mayfield and Marvin Gaye. In the old days, they were told never to gossip, she laughed as she tore into “Heard it on the Grapevine.” And she gave us “Help Me Make It Through the Night,” “Neither One of Us Wants to Be the First to Say Goodbye.”

Get on that “Midnight Train to Georgia,” she urged.

Saying that she was a strong contralto, “I can’t sing all those high notes, but I’m gonna try anyway,” she delivered Major’s “This is Why I Love You,” with her backing singer, and continued to heap praise on her crew.

Selflessly, she brought up her backing singers to shine. Paying tribute to many we have lost including Whitney, and Aretha, Ms. Gladys and her singer Alexis delivered a tremendous “Natural Woman.” With her backing singer JaVonte, she paid tribute to James Ingram with the beautiful “One Hundred Ways.”

Ms. Gladys sure gonna make you pick up the phone and call those folks you think you’re fighting with. Gifted she is in making you think.

Filled to capacity, the 3,000 seats were for the great show of grown-folks music. Nothing but relaxed, old-school energy serenaded by two magnificent entertainers.