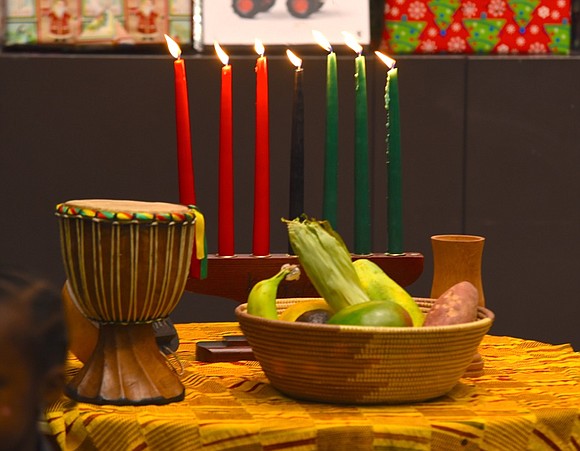 The community is encouraged to get out its special cloth, dress its best & bring the entire family for food from local vendors and support its local artisans at The Marketplace at Weeksville to pick up gifts for the holiday season. In addition, there will be calypso dancing and djembe drumming; a Kwanzaa presentation; Paint & Sip sessions for adults; storytelling and face painting for kids, films; and much more. The day will include live performances by the Asase Yaa Youth Ensemble; tenor saxophonist Antoine Roney and his 15-year-old son, drum prodigy Kojo Roney; Esota, directed by dancer and filmmaker Kerri Edge; intergenerational music ensemble Nubian Messengers; and all-day vibes curated by DJ Hard Hittin' Harry.

"The Board, staff and I have much to be thankful for this year," said Rob Fields, Weeksville's President & Executive Director. "From the success of our crowdfunding campaign when the community helped us keep our doors open to the incredible support from our elected officials who made it possible for us to be the first cultural institution in over 20 years to be on the path to getting a permanent line item in the NYC budget. Weeksville's future feels particularly bright."

This year marks 400 years since the first captive Africans were brought to America, as well as Ghana's Year of Return to Africa, Weeksville commemorates the Pan-African heritage of resistance and transformation in the Diaspora with a full day of activities from noon-8 p.m.

"Our commitment to community mirrors that of Weeksville's," said K. Osei Williams, Executive Director of Asase Yaa Cultural Arts Foundation. "We're thrilled to partner with Weeksville to present an intergenerational and Pan-African celebration that families across Brooklyn can enjoy."

There is a $10 suggested donation, but all events are free and open to the public, except for the Paint and Sip sessions, which cost $15. The event is being supported by Brooklyn Brewery. Click here for more information