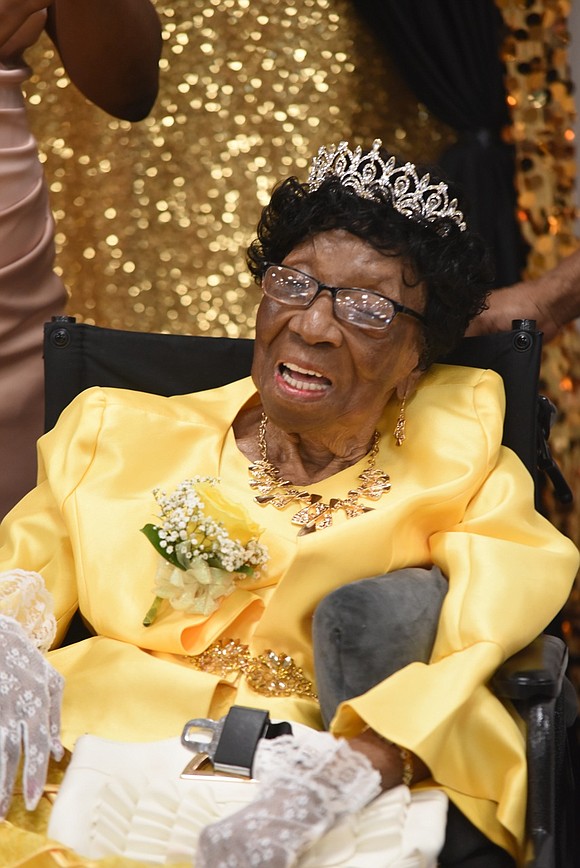 Alelia Murphy passed away in Harlem on Saturday, November 23. She was 114. Her family was at her side. Having been born and raised in North Carolina, Murphy Harlem resident for decades.

On July 5, the Harlem State Office Building was the setting for a celebration of Murphy’s 114th birthday. Under the auspices of 1199SEIU’s AFRAM Caucus and the office of State Sen. Brian Benjamin, her family and friends celebrated her longevity, as well as her strength in raising two children after her husband passed away at an early age. Murphy’s daughter, Rose Green, is a retired 1199 member, having spent most of her career at Methodist Hospital. She called her mother “A gift from God.”

Murphy’s funeral will be held on Dec. 6 at the United House of Prayer for All People located at 2320 Frederick Douglass Boulevard. The viewing will be from 5 - 7 pm and the funeral service will immediately follow.