Carolyn A. Butts uses her magazine to raise African Voices 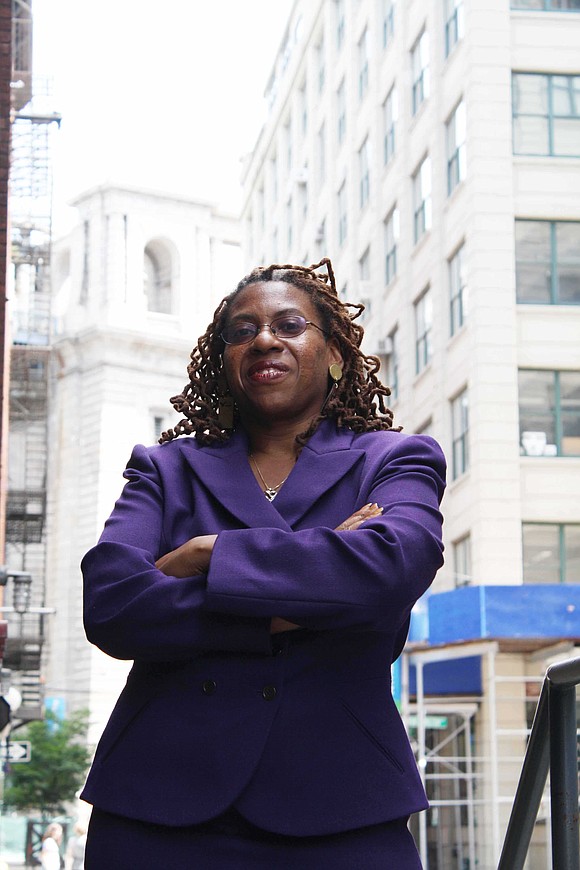 Founder and publisher of nonprofit arts magazine African Voices, Carolyn A. Butts has been dedicated to uplifting the voices of African artists for over 25 years. With a magazine focused completely on the capabilities of people of color, Carolyn worked to create an environment where writers and artists could be uplifted.

Growing up in Red Hook, Brooklyn, Carolyn recalls being introduced to her love of writing at the young age of 10.

“I noticed journalism when I was 10 years old, just the power of writing and how it can affect the people around you,” says the publisher. “The librarian was giving me books to read by Alice Walker and other authors, it was my first time reading Black artists. I realized I could share my story.”

It was this passion for sharing her story that would be the motivation of her entire career. Studying at the New York School of Print, and working at publications such as the New York Post and the Amsterdam News, Carolyn gained much experience in the journalism world. However, there were aspects of this literary world that she felt was holding her back.

“I saw myself as a journalist and I saw myself writing, but I realized that there were certain things that I couldn’t do in a newsroom,” explains Carolyn. Finding that in journalism she had very little permission to tell her story and the story of other Black people, she saw an opportunity to create something greatly needed: African Voices.

“It was a small group of writers, we wanted to get our work out there, and get other voices like ours out there short stories and poetry,” explains Carolyn. “We didn’t see anything that was reflecting what we were doing. That’s what carried me that passion of sharing our stories from our perspective.”

A publication dedicated to promoting cultural awareness through art, literature and film, African Voices have been shining a light on Black work and achievement for over 24 years. Carolyn’s first piece for the publication would prove to be incredibly memorable for her.

“One of our first pieces was interviewing Maya Angelo and she was just very open with us,” says Carolyn. “I realized that’s what I want to do, have the power to influence people with what I write.”

She would soon find a new avenue to influence people with her writing beyond publication. Carolyn discovered film in 1996, when she produced the short film “Underground Voices” with Tony nominated writer Reg E. Gaines. Though Carolyn enjoyed film, she unfortunately found it greatly lacking in diversity. But, again, it was the motivation of getting her voice and voices like hers out into the world that would ignite her new project.

“I found out in film that if you were a Black woman, there wasn’t a place for you,” says Carolyn. “I had ‘Underground Voices,’ I thought let's see if I can form a group of people. It’s about taking ownership of your own community. Getting the community to recognize women of color as a force.”

“We’ve shown over 500 films from all over the world,” says Carolyn. “It’s a space for people to come together, laugh, cry. Sometimes they cry, and connect with other writers. It demonstrates the power of film, and the power of art to bring people together.”

Carolyn has worked hard in getting Reel Sisters the notoriety that it has today. But, the existence of this film festival is because of the high quality films presented and the good nature of their mission that resonates with viewers.

“People believe in our vision. We are not getting the major funding, like Tribeca Film Festival,” explains Carolyn. “We are here because people love coming to the festival, and I get pride in seeing their smiles.”