Commander Rocky Robinson of the BedStuy Vollies makes his transition 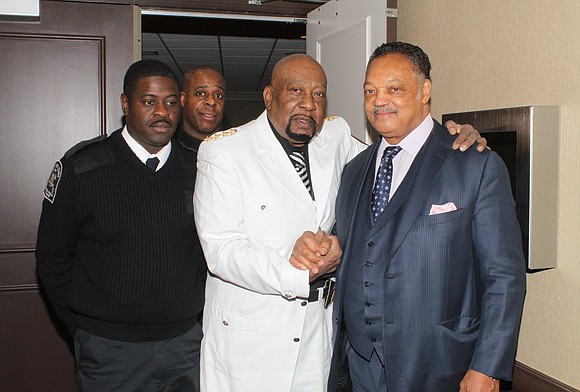 For over 31 years Rocky, the Commander-In-Chief of the Bed Stuy Vollies, trained thousands of young men and women as first responders and taught them life saving on-scene techniques in thousands of emergency cases. He had a special interest in the Brooklyn community’s young people to whom he could offer a new career path.

He often could be seen putting his hand in his own pocket to keep the organization going, to run the two ambulances, get supplies, and keep his team of volunteers running.

When trying to figure out the many people his father had helped rescue over the decades from accidents to overdoses, his son Antoine said, “I will say he saved a small city.”

The army veteran and commander of the Bed Stuy Vollies had been ill for some time, and he passed away on September 27, 2019.

A wake will be held on Saturday, October 5, 2019 at the Historic Rugged Cross Baptist Church, 1084 Lafayette Avenue, Brooklyn; 4-9 p.m. The funeral will be on October 6, the next day from 4 pm at the Pilgrim Renaissance Convention Center (1337 Broadway, Brooklyn), and the repass will follow immediately after at Cornerstone Baptist Church (574 Madison Ave., Brooklyn).