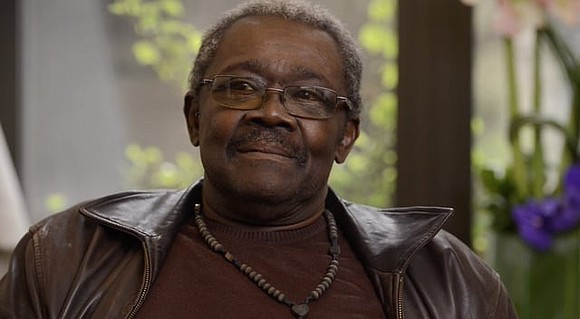 Willis’ death was confirmed by Pierre Sprey, a longtime friend of Willis and the head of Mapleshade Records, where the pianist served as music director. Cause of death was a pulmonary hemorrhage due to complications from diabetes.

Nominated three times for a Grammy award, Willis has 22 recordings as a leader and appeared on over 300 recordings including Roy Hargrove’s “Moment to Moment” (Verve 2000). For that album Willis arranged the beautifully rendered track “You Go To My Head” along with four other tracks. He received the Don Redman Heritage Award in 2011, the Benny Golson Jazz Masters Award at Howard University in 2012, and the Johnny Pacheco Distinguished Artist.

It seems Willis may have performed his final live concert on Aug. 1 at Baltimore’s newly opened Keystone Korner. In September, he made his final recording with saxophonist Joe Ford, trumpeter Jeremy Pelt, bassist Blake Meister, and drummer Victor Lewis for HighNote Records. The recording will be released soon.

In the 1990s Willis settled in the Washington, D.C. area, where he worked with local musicians and became music director of Mapleshade Records. After barely surviving a fire at his home in Upper Marlboro, Maryland, in 2007, he relocated to Baltimore.

During the ’90s some of Willis’ most energizing work was with the avant-garde drummer Paul Murphy; together they encompassed a full spectrum of styles from stride to bebop and everything beyond. “They developed this tremendous affinity,” said Sprey of Willis and Murphy, who recorded five albums on the Mapleshade label.

Willis was initially an aspiring classical vocalist, his very first recording of any type was as a singer performing an opera by Aaron Copland. He was eventually swayed away from classical music due to his introduction to jazz and the difficulties African American musicians had in finding work in concert music.

Willis didn’t become interested in the piano until his senior year at Manhattan’s Music and Art High School. As a voice major, he diligently taught himself to play the keys and before graduation he was competent enough to perform professionally in a trio with bassist Eddie Gomez and drummer Al Foster, two of his classmates.

In 1962, after his first year studying music theory at the Manhattan School of Music on scholarship, alto saxophonist Jackie McLean caught the 19-year-old Willis in action and invited him to join his band. They worked together for the next four years, with Willis making his first recording on McLean’s legendary 1965 Blue Note album “Right Now!” Two of that album’s four tunes were Willis compositions, which immediately established his writing credentials.

Lawrence Elliott Willis was born in Harlem, New York, on Dec. 20, 1942. His family immersed young Willis and his siblings in the classics. His elder brother Victor was an accomplished young classical pianist, and Larry was interested in singing opera.

While still working with McLean, Willis also began performing and touring with South African trumpeter Hugh Masekela, one of his classmates and good friends at Manhattan School of Music, along with freelance gigs. He made his first recording as a leader in 1970 with the sextet date “A New Kind of Soul” (LLP).

He joined Blood, Sweat & Tears in 1972, replacing Dick Halligan and his fellow Music and Art alum Fred Lipsius in the keyboard chair. He toured and recorded consistently with the band for five years before leaving in 1977.

Following his departure from BS&T, he joined with Cannonball Adderley’s cornetist brother Nat. He also began his second career teaching, first at the New School in New York and then at Florida Southern College, where he succeeded Nat Adderley.

Willis is survived by his nephew, Elliott Willis. A funeral is in the planning stages.