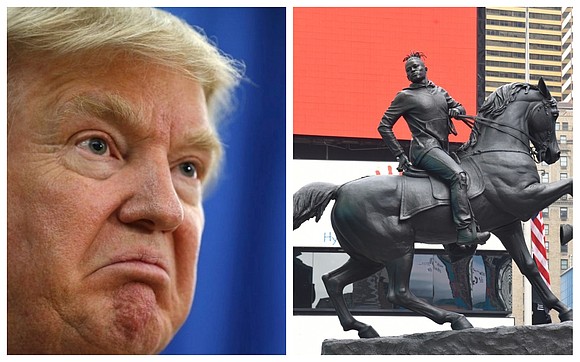 Infestation of Trump’s political swamp widens as the impeachment inquiry intensifies with the subpoena of attorney Rudy Giuliani, Trump’s personal counsel, and a report that Secretary of State Mike Pompeo was on the call to Ukraine’s President Zelensky.

Bellowing above all this are Trump’s denials, his charges that the inquiry is a partisan witch-hunt, and that the whistleblower whose

complaint is at the core of the latest confrontation should come forward.

It seems not a day goes by without a new revelation about the Trump administration, the most recent about Pompeo, Giuliani and well, who knows what’s next.

Trump’s rebuke of the whistleblower has alarmed even Republican Sen. Chuck Grassley, chair of the Senate Whistleblower Protection Caucus. He responded to Trump’s notion that “when it comes to whether someone qualifies as a whistleblower the distinctions being drawn between first-and second-hand knowledge aren’t legal ones.”

But Grassley insisted that the whistleblower, whom Trump has accused of being partisan and aligned with Democrats, “appears to have followed the whistleblower protection laws and ought to be heard out and protected.”

Moreover, Grassley said: “No one should be making judgments or pronouncements without hearing from the whistleblower first and carefully following up on the facts. Uninformed speculation wielded by politicians or media commentators as a partisan weapon is counterproductive and doesn’t serve the country.”

Trump has countercharged that the whistleblower should be identified and that like any other American he “deserves to meet his accuser.” To some degree the identification has been revealed as a former CIA agent but who otherwise remains anonymous.

It was also disclosed Monday, Sept. 30, that Trump had pressed Australia’s Prime Minister Scott Morrison to help the Justice Department to discredit the Mueller investigation.

Meanwhile, subpoenas are being launched and already Pompeo has fired back, declaring his resistance to members of his staff being called to testify. “Let me be clear,” he said, “I will not tolerate such tactics, and I will use all means at my disposal to prevent and expose any attempts to intimidate the dedicated professionals whom I am proud to lead and serve alongside at the Department of State.”

An impasse may have been reached as the Democrats, buoyed by a growing number of Americans supporting an impeachment, consolidate and begin to lay out the process of inquiry. And the White House documents are sure to be targeted.

Perhaps this will help to clean the lethal swamp where Trump resides.