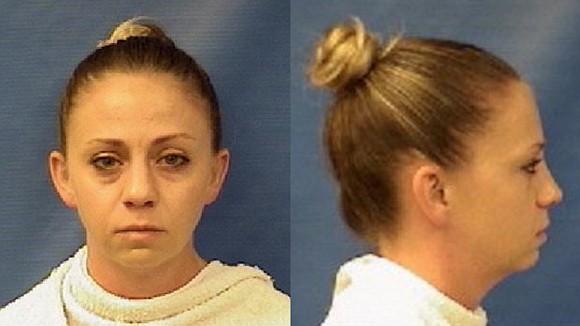 On Wednesday, in Texas, former white police officer Amber Guyger was charged with ten years in prison for killing unarmed Black man Botham Jean in his own apartment. Over a year ago, Guyger fatally shot Jean after “mistaking” his apartment for hers, in what she claimed was an act of self-defense. Guyger could have faced between 5 and 99 years in prison -- prosecutors asked for at least 28 years to commemorate the age of Botham (this week is his birthday). The verdict of 10 years is inadequate according to S. Lee Merit, attorney of the Jean family.

“Ten years isn’t 'nothing' but it’s also not enough,” says Merritt on twitter, “ we know the punishing apparatus of the US legal system is disproportionately cruel to Black folks and exceptionally benevolent when it comes to white women.” 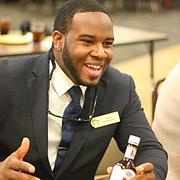 Though in Merritts terms this conviction is a historical success, considering all of the white cops guilty of killing unarmed people of color and facing little to no repercussions, this verdict still is a glaring representation of the broken legal system in the US. With the over incarceration of Black and Brown men being a crisis in today's legal system, Gouger’s sentence is a failed attempt at justice, observers opined on social media, and in the rallies which took place immediately after the sentence was reported.

“We don’t celebrate it, but we acknowledge the progress and press forward for more accountability and change,” said Merritt.

Though, Merritt is able to move forward for change in the legal system, some people in the Black community voiced their outrage not only about Guyger's sentence, but by the conduct of the court in her trial. In an emotional speech in court , Botham's brother Brandt Jean expressed that he forgave Guyger, wanted what was best for her, and didn't even want her to go to jail then proceeded to hug her as she sobbed in his arms. Though it is Jean’s prerogative how he interacts with the woman who murdered his brother, people have expressed distaste for this behavior as it gives others permission to dismiss her unjust crime.

One such tweet stated “I hope they don't use that to give Amber Guyger a slap on the wrist. They've always used religion/forgiveness as a weapon against those wrongfully murdered.”

Beyond the reactions of Bot ham’s family, many found the behavior of court officials as inappropriate. After the court ruling,

Tammy Kemp, the acting judge in the case, not only hugged the defendant, but gave Guyger her own personal bible. Moreover, a bailiff on duty was seen stroking Guyger's hair on camera. As people expressed their outrage at what they saw as the blatant favor towards Guyger, people in Dallas took to the streets after the verdict shouting “no justice, no peace” to demonstrate their distaste of how the trial has played out.