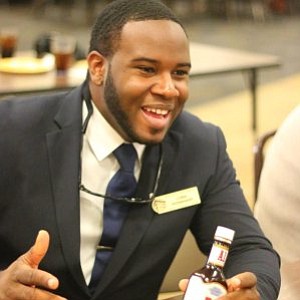 From controversial compassion for the killer to the murder of a key witness, the aftermath of the murder trial of Black, unarmed Dallas resident Botham Jean continues.

White former police officer Amber Guyger was found guilty last week for fatally shooting Jean in her apartment building after Guyger entered the home thinking it was hers.

Jean, a 26-year-old accountant, was sitting in his apartment in September 2018 when Guyger, who was off duty, opened fire when she entered his home, killing Jean. Guyger claimed she thought the apartment was hers when she went in and thought Jean was a burglar. She lived one floor above him. A jury found Guyger guilty of murder. She is the first Dallas police officer convicted of murder since 1973. She was sentenced to 10 years in prison.

Racist text messages and social media posts were shared during the sentencing hearing. One exchange was shared between Guyger and a friend about a German shepherd dog where the friend said the dog could be racist and Guyger relied, “It’s okay, I’m the same.” In another exchange Guyger made disparaging remarks about working a Martin Luther King Jr. Day parade.

Jean’s family and others say the shooting is another example of police using excessive force on Blacks. Civil rights attorney Benjamin Crump, who is representing the family, said during a radio interview that the family believes Jean’s race played a factor.

“The family has no doubt in their mind that she shot Botham because she saw a Black man and she thought, criminal,” he said. 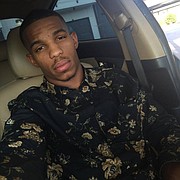 A key witness in the trial, Joshua Brown, was fatally shot twice in the parking lot of an apartment complex. Brown lived across the hall from Jean and gave detailed testimony during the trial. Brown’s family demanded answers as suspicions were raised that police were taking revenge on Brown for testifying against Guyger.

This week during a press conference, Dallas Police Assistant Chief Avery Moore denied that police were involved in the shooting and named three suspects. Moore added that the suspects were allegedly purchasing drugs from Brown and got into an altercation before the shooting.

“As you know, there’s been speculation and rumors that have been shared by community leaders claiming that Mr. Brown’s death was related to the Amber Guyger trial and somehow the Dallas Police Department was responsible,” Moore said. “I assure you that is simply not true, and I encourage those leaders to be mindful of their actions moving forward because their words have jeopardized the integrity of the city of Dallas as well as the Dallas Police Department.”

Reports indicate that the lawyer for the family of Botham Jean, Lee Merritt, wants another agency to investigate the Dallas Police Department and the shooting.

Meanwhile, Guyger’s treatment before and after she was sentenced is also causing an uproar. Jean’s 18-year-old younger brother Brandt said he forgave Guyger and asked presiding African American Judge Tammy Kemp if he could hug her. The two shared an emotional embrace that was heavily covered by the media.

“If you truly are sorry, I know…I can speak for myself, I forgive you,” he said. “And I know if you go to God and ask him, he will forgive you.”

In a controversial move, Judge Kemp embraced Guyger and gave her a Bible after she says Guyger told her she did not have one. The two read Bible verse John 3:16 and Guyger asked for a hug. Kemp is being criticized for her actions on blurring the line between church and state. In an emotional interview, she defended her actions.

“Following my own convictions, I could not refuse that woman a hug. I would not,” Kemp said during the interview. “And I don’t understand the anger. And I guess I could say if you profess religious beliefs and you are going to follow them, I would hope that they not be situational and limited to one race only. She asked me if I thought that God could forgive her and I said, ‘Yes, God can forgive you and has.’”