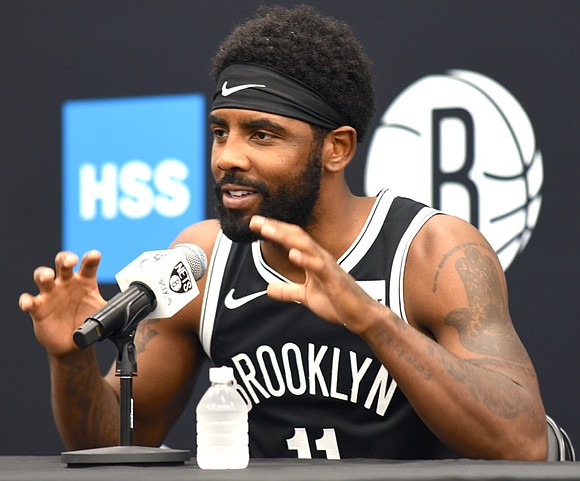 It was scheduled with the best of intentions. The Brooklyn Nets and the Los Angeles Lakers visiting China, a good will tour playing two preseason exhibition basketball games, making promotional appearances, raising money for charities, greeting fans two weeks before the start of their NBA season.

The only negative was that the 7:30 a.m. start time here in New York City means that it’s a 4:30 a.m. start time for West Coast basketball fans anxious to see the new look Lakers, now with LeBron James and Anthony Davis paired. You’d have to get up at 4 in the morning or DVR it. But Houston Rockets general manager Daryl Morey may have alleviated that one negative.

On Friday night, Morey tweeted, “Fight for freedom, stand with Hong Kong,” a tweet supporting the thousands of pro-democracy protesters in Hong Kong.

The tweet, now deleted, upset the status quo of China, an international market that’s highly invested in the NBA. The billions of dollars that they spend makes them the NBA’s most prioritized international market. Amazingly, it’s estimated that the number of NBA basketball fans in China is twice the size of the U.S. population.

The Rockets owner, Tilman Fertitta, tried to distance the team from Morey’s tweet. Their star, James Harden, was recruited to make an apology. Adam Silver, the NBA’s commissioner, has done his part to make up with his league partners and apologetically smooth things over in China, but supports the right of free speech.

“Daryl Morey, as general manager of the Houston Rockets, enjoys that right, as one of our employees,” said Silver trying to quell an international incident, also acknowledging that he understands that there can be consequences to one’s freedom of speech, financial and otherwise.

“We will have to live with those consequences.”

The Nets cancelled an NBA Cares appearance at a school in Shanghai earlier this week. Lakers events have also been canceled.

The state television network in China, CCTV, will not broadcast the two Nets-Lakers games. Both games could be canceled, depending on the mood of the government. But what’s being overlooked, what’s more important than appearances by LeBron James, Anthony Davis, Kyrie Irving and Kevin Durant is, why have there been protest and unrest taking place in the streets of Hong Kong the last four months? Why is there a political crisis, a contempt for the government’s authoritarian power? The U.N. is involved.