Cynthia Erivo to portray the Queen of Soul 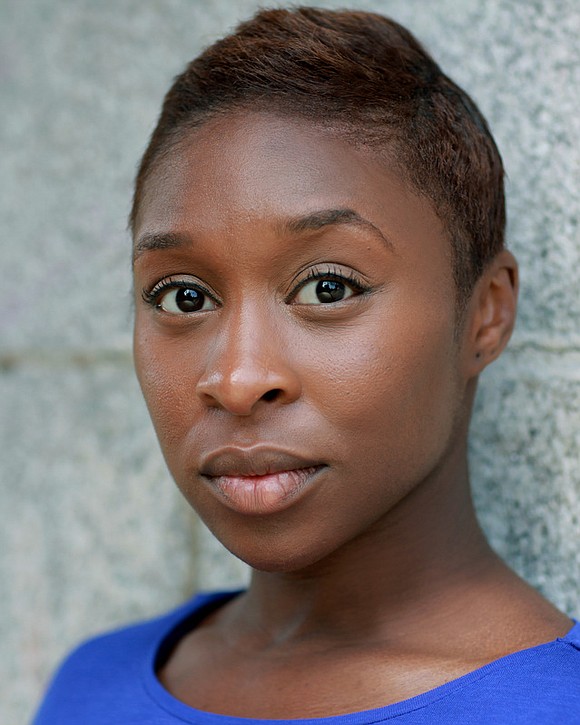 Cynthia Erivo will perform at the Oscars Governors Ball Contributed

According to reports, in recognition of an illustrious career both in front of and behind the camera, Tyler Perry received the 2,675th Star on the Hollywood Walk of Fame on Oct. 1. Kerry Washington, who Tyler directed in “For Colored Girls,” was among the celebrities who attended and gave a speech, along with Idris Elba, who starred in Perry’s “Daddy’s Little Girls” and Crystal Fox, who portrays Hannah Young on “The Haves and the Have Nots” on OWN. Perry told the crowd that he wants his star to “inspire specific dreamers.”  “This one in particular is for the underdogs,” said Perry. His star is located at 7024 Hollywood Boulevard in Tinseltown.

National Geographic, with Imagine Television Studios and Fox 21 Television Studios announced that Tony, Emmy and Grammy award-winning actress Cynthia Erivo will star as Aretha Franklin in the next installment of the Emmy-winning global anthology series “Genius: Aretha.” This upcoming season will be the first-ever, definitive and only authorized scripted limited series on the life of the Queen of Soul. Filming will start this November for a spring 2020 premiere on National Geographic channels. “Aretha Franklin has been a source of inspiration for me since I was a little girl,” said Erivo. “To have the opportunity to bring her legacy to life and show the fullness of her being, her humanity and brilliance is an honor.” Franklin’s niece Sabrina Owens said, “For ‘Genius’ to honor Aretha is a great affirmation of her legacy, and Cynthia Erivo is an extraordinary talent with an amazing voice.”

On Saturday, Sept. 21, Wanderluxxe, the coveted luxury experience brand, hosted their 2nd annual Pre-Emmy Diversity Luncheon at the trendy Craig’s in West Hollywood sponsored by Color of Change, Whispering Angels, Ciroc, Peroni and Casa Noble. Wanderluxxe honored some of Black Hollywood’s most prominent stars, including Asante Blackk, Kris Bowers and Niecy Nash and the 16 Emmy nominations for the Netflix limited series, “When They See Us.” The event was hosted by Tichina Arnold.

Tongues are wagging that Will Smith is launching a Bel-Air athletics collection that pays homage to his Fresh Prince moniker. The Bel-Air Athletics Collection is available at shopwillsmith.com for a limited edition drop that runs only through Oct. 14. Paying homage to and referencing “The Fresh Prince of Bel Air,” the collection includes the Reversible Academy Track Jacket Will wore on the “Fresh Prince of Bel Air” and a tie-dye t-shirt that portrays Smith as a school yard basketball player. Bel-Air Athletics is part of Jada Pinkett Smith and Will Smith’s newly launched Westbrook Inc. holding company.