Pirates and Red Storm rev up for college season 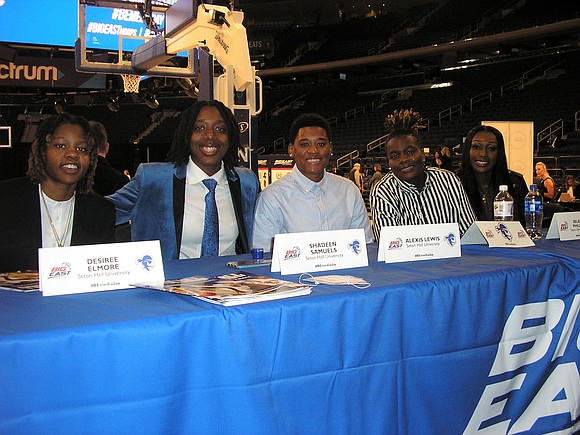 The WNBA season officially ended last Thursday when the Washington Mystics defeated the Connecticut Sun 89–78 to win their first WNBA Championship. The MVP was Emma Meesseman, who had 22 points, three rebounds, three assists and two steals in the final game.

“I’m just so happy for all these players and the organization,” said Mystics coach Mike Thibault, who earned his first WNBA title after coaching in the league since 2003. “One of the best things about this team is the camaraderie and the family atmosphere.”

“If you asked me a couple of years ago if I would be getting this right now, I’d probably tell you no, but that just shows how hard I’ve been working and it’s really good to be rewarded with this,” said Samuels, who credited the coaching staff that spoke to her about work ethic.

University of Connecticut will make its return to the Big East for the 2020-21 season. Seton Hall will get a preview when the Pirates take on the Huskies in a non-conference game in December. Junior forward Selena Philoxy said everyone at Seton Hall has high expectations. Seton Hall was selected number three in the Big East women’s basketball preseason coaches’ poll.

“I love competition,” said Philoxy. “Everybody’s on the same page. We all know what we want and we know what we’re going after—to be on top.”

After a disappointing 2018-19, St. John’s is expected to return with renewed energy in the upcoming season and was voted number two in the coaches’ poll. Guards Qadashah Hoppie and Tiana England were named to the Preseason All-Big East Team.

“The number one thing is getting better as a whole team,” said senior guard Shamachya Duncan. “We had a rough season last year [due to injuries], so I’ve just been thinking about this year and how we want to approach every game. Treatment is our best friend. We go hard every day, so we need it.”

Hoppie has developed her game during her first two years at St. John’s and since last season has improved her fitness, reduced her body fat and increased her foot speed. “I feel I’m more seasoned, more efficient and a little bit smarter on the court with what I do and my moves,” said Hoppie, whose long-term goal is to become a coach.