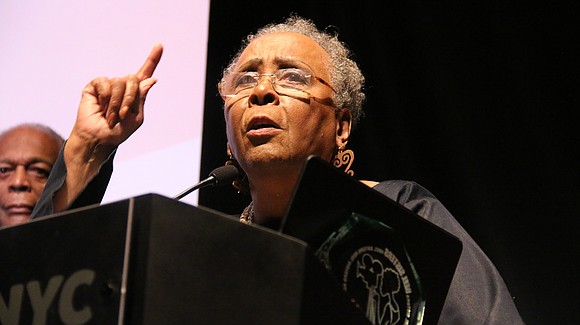 Award-winning producer/actress Andrea Lewis (“Degrassi: The Next Generation”), our 2019 festival curator, served as their esteemed mistress of ceremonies for an exciting evening of fun, film

“We are proud to honor our sheroe Nana Camille Yarbrough with Sandra Guzmán and Leslie Harris for their compassionate leadership in paving the way for women in the arts and film world,” said Reel Sisters founder Carolyn A. Butts. “Reel Sisters’ theme for 2019 is #IGotYourBack and our honorees are women whose careers are founded on giving back and helping other artists and organizations in our community. We hope their lives will continue inspiring philanthropy and