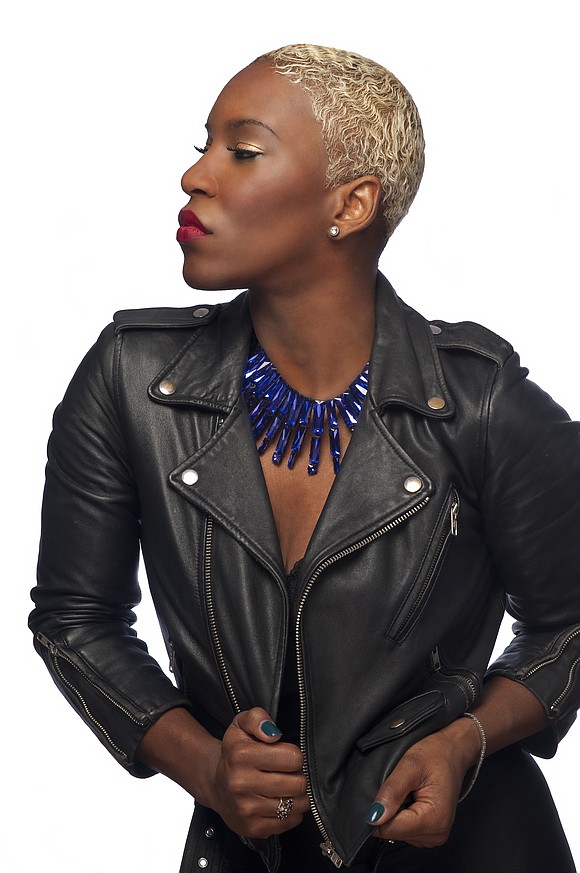 Prince protege and former member of New Power Generation (NPG), Liv Warfield has been through a lot these past few years. Overcoming the loss of her mentor has been a part of a painful journey, but Warfield has risen to release two new singles, “Mantra” and “Look at Me” produced by Joon Moon. The songs will eventually be recorded live as a part of Warfield’s upcoming full length album.

Liv spoke with us about her inspiration and the meaning behind her songs and what it took to not give up after experiencing the devastating loss of one of her closest friends.

AmNews: What was the inspiration behind your new album and your single, “Mantra”?

Warfield: I wanted to release [“Mantra”] first before I released any other music. I felt like I needed to do it to base off a foundation. It was really important for me to lay that down because I had been through so much. In the past four of five years, I was figuring out who I was, as we all go through these peaks and valleys in life. I felt like, “Okay, let me just start with a foundation.” If anybody has listened to [the song] I feel like it will help them too. It definitely helped me when I made it.

AmNews: Let’s dig a little deeper into “Mantra.” Give a bit of background of how the song emerged from your subconscious and into our ears.

Warfield: The inspiration was, I was going through it. I lost my mentor. I was just lost as an independent artist. I was on an amazing high and all of a sudden, the rug was pulled from underneath me. I just had to figure out who I was again, what kind of message I wanted to say in my music. Again, we have wins and we have losses. I feel like the music reflected that. So, any time I listened to the song, I was reminded of the path I needed to stay on. It would also remind me that when everybody is gone and you don’t have anyone to look to, you have to be strong and fight through for yourself. I realized I had to be strong for myself.

That’s why the song is called “Mantra,” like “Okay, you’ve got this, keep walking that path that you need to walk.” You’ll come out stronger, and you have to know that for yourself. It’s like a mantra, something I needed to repeat to myself.

AmNews: The loss of Prince must have been devastating for you.

Warfield: It was devastating. It shook me to my core because I was able to talk to him about anything. And also musically, I was able to talk to him about my music. He was a really important person in my life, so I felt lost. I needed to get myself back together. It took me a while. I had a song written four years ago, but it wasn’t complete. When I finally met Mateo Medina, I was able to have a 45 piece orchestra behind that song; it completed the whole vision. It was beautiful, and it took time. Again, I had the song written for four years, but there’s something beautiful about how it naturally progressed the way it should [have by] reaching the right people, the message got out the way it should. It’s not forced.

AmNews: Is the making of “Mantra” a foreshadow of the process of how you will approach your album?

Warfield: The process has been me figuring it out. For me, I second guess and try to figure out if I am going the right way. But now, I’ve learned to be true to my energy and my thought process. I’ve always been that way. But sometimes it can be scary.

This time I’m going to record my album live. So, I’m really excited about that. I’ve been working on a lot of songs and writing material that will be performed. And some of my old songs like “Embrace Me” [will be on the album]. But when I’m doing new music for the first time, it’s like I’m taking a leap of faith when doing that. But live is my element and my sanctuary, and I feel people can feel it more. I love to have the energy of the people so I’ll be doing the album live at a venue. I’m excited about that.

AmNews: What kept you powering through your difficult season?

Warfield: Knowing I still have a lot to write and express. That’s really what it comes from. I can’t give up. Whatever it takes, if I have to crawl, if I have to scratch at it, I have to. That’s for my own sanity. I’ve come across that road where I wanted to put all my chips on the table and be done with it. I feel like I am determined in a way to get to my best self. I am close, but it took me a while to actually love myself, walking with confidence.

I used to say I was fearless, but I stopped saying that four years ago. I really had to get back to that. We all go through it, but I knew I just couldn’t give up on it.