A talk with the two Mufasas of Broadway’s ‘Lion King’ 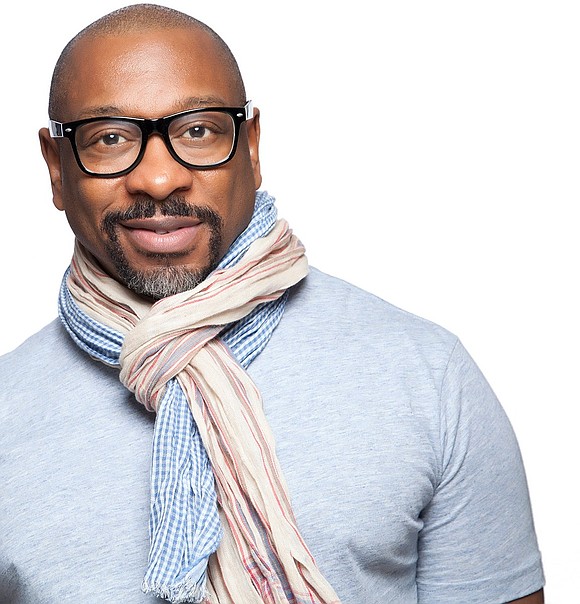 Disney’s “The Lion King” is celebrating over two decades on the Great White Way! The musical’s lead character of Mufasa was played by Alton Fitzgerald White from June of 2010 to July of 2015 and, since July of 2017, by its current Mufasa, L. Steven Taylor. Recently, both these thespians took the time to speak with the Amsterdam News about their roles as Mufasa.

White said, “It’s been a dream come true to have been in such an amazing show, playing an iconic father that everyone wishes they had. The fact that it’s a huge hit was definitely thrilling as well!”

Prior to taking over the role on Broadway, Taylor covered the role of Mufasa and that of Scar since 2005 and played Mufasa for two years on the North American tour of the show. Taylor remarked, “This role and show has made a huge impact on my life—as a performer and a human being. Playing the role of Mufasa has in a way shaped the way I conduct myself as a father and has ignited a passion of service and activism. And the fact that I have been entrusted with bringing to life so many different characters of this production on Broadway and in touring is extremely humbling.”

In “The Lion King” there is a profoundly moving song, called “They Live In You,” in which Mufasa explains to young Simba that we are all connected to our ancestors. When asked what’s going on in his mind when he performs this number Taylor stated: “That has evolved for me over time. The passing of my grandmother, who raised me, has allowed me to truly find the balance between loss and the celebration that you are never lost. Since her passing, I often find strength in my daily journey through her memory and presence of spirit. That is ultimately the lesson that Mufasa would like to impart on to his son: that although he may not be there for him physically, he can always depend on his guidance if he looks within himself. That is a very hard lesson to grasp, but one I think transcends religion and ideology. We all are deeply rooted and can all find inspiration and empowerment in those that came before us. So yeah—all of that is what I’m thinking LOL.”

“The Lion King” is a powerful story; it connects us with the ancestors and just touches the heart. When asked how did it feel to constantly take part in a production that was so moving? White said, “It was an honor be a part of telling the universal story of love, loss, faith and triumph through the lens of the African savanna.”

Thinking about being part of emotional moments performance after performance, Taylor shared, “I relish in them. For myself and for our audience. Allowing ourselves the space to feel and providing spaces for others to experience emotion as well is one of the best gifts that we can give to each other. ‘The Lion King’ does it in a way that no other show can.”

When audiences experience “The Lion King” Taylor hopes they come away with, “Community. That there is no one person’s needs that are more important than the community at large. That we are best when we are working together toward the betterment of ‘The Whole.’ That even when you lose your way it doesn’t mean you are lost. That inspiration and guidance can be found in the most unexpected places. And that my stripes are equal to your spots. We are one.”

White shared, “I’d like the audience to come away from the show having remembered their own personal ‘hero’s journey’ like Simba’s and to understand the importance of contributing back to their community what they’ve learned along their way.”

When reflecting on how he prepared to take the stage for each performance for over a decade, White shared, “My main preparation was to remind myself of how blessed I was to have the opportunity to express myself and share my talents with the world eight times a week.”

Considering how he connected with his character, White shared, “I connect with Mufasa’s leadership and strength and his compassion to sense what’s appropriate given the particular situation.”

The cast of “The Lion King” has both African Americans and many South Africans. Commenting on being in a cast of this make up, Taylor said, “Our South African brothers and sisters are so inspiring! The music and the way this story is told is so deeply rooted in their culture, the show wouldn’t be the same without them.”

Anyone who has seen “The Lion King” knows that it truly addresses the African culture, the environment and respect for the ancestors. Taylor remarked, “It really offers audiences (and us performers) a look into this culture. Exposure to these differences in culture shortens the void that separates us as humans as we discover the similarities between us.”

Considering why “The Lion King” has been around for 20 years, Taylor stated, “Because everyone can find themselves in this show and at different points in their own journeys. These characters are so enveloped in real human experiences that it is incredibly hard not to be moved. You are seeing yourself onstage. You are watching your journey. Reliving your triumphs and struggles and getting inspiration on how to overcome. These are lessons that you never stop learning or needing to learn. People see this show over and over because as we evolve, HOW we learn those lessons does too. And this show is timeless in the way it teaches.”

Regarding the impact that an amazing production like this has, Taylor stated, “I’m constantly aware of the impact that ‘The Lion King’ has had on the theatrical community, pop culture and society at large. It is not lost on me that I get to portray not only an iconic Disney hero but a positive Black male figure on a stage filled with more of that. I feel supremely privileged.”

Being a part of “The Lion King” has impacted White’s life in a different way, as it led him to write a book entitled, “My Pride: Mastering Life’s Daily Performance.” “On my journey of over 4,300 performances as King Mufasa, I had the opportunity to acquire tons of experience, both spiritually and artistically. I discovered a wonderful combination of qualities that it takes to maintain consistent excellence in any field. I wanted my next level of service in the world to be something inspirational that might encourage others along their path,” White shared.

Explaining why “The Lion King” will be around for another 20 years, White remarked, “Besides the amazing visuals and beautiful music, the story is timeless and resonates deeply with each and every human being.”

To young actors looking for a break in the business, White admonished them, “Study, practice, always be as prepared as possible for your shot! Never ever forget that it’s a business and that business is almost never personal!”