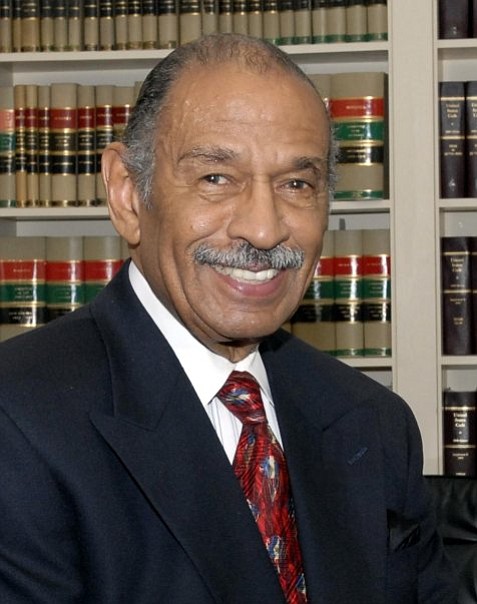 Unlike his often convulsive, tumultuous political career, former Congressman John Conyers, Jr. died peacefully in his sleep Sunday, Oct. 27, at his home in Detroit. The iconic and highly productive representative from Michigan was 90.

More than half those 90 years were spent on the battleground for civil rights and public service, including 53 years as an indomitable lawmaker and a founder of the Congressional Black Caucus.

At the very beginning of his long, illustrious and productive political odyssey, Conyers was an advocate for the dispossessed, the underserved, and led the fight for social justice and equal rights.

For Detroiters, Conyers was emblematic of a trusted leader whose integrity was unimpeachable and one whom they could count on in the halls of Congress and on the streets of the city as he did with particular valor during the rebellion in the summer of 1967.

Whether arguing for the passage of a federal holiday for Dr. King, or pushing for reparations, or hiring a beleaguered Rosa Parks, Conyers was a reliable point man, unwavering in his commitment to noble causes.

In her remarks, Rep. Rashida Tlaib, who won the election to Conyers’s seat after his resignation in 2018, said, “He never once wavered in fighting for jobs, justice and peace. We always knew where he stood on issues of equality and civil rights in the fight for the people. Thank you, Congressman Conyers for fighting for us for over 50 years.”

Longtime friend and consultant to the Conyers family, activist Sam Riddle said, “For a long time he was Black America’s congressman,” but “on the streets of Detroit, he’ll be mourned.”

It was on the streets of Detroit, where Conyers was born that he began his remarkable journey. One that I began following when he was a student at Northwestern High School, the same school I attended years later. He preceded me at Wayne State University where he earned his degree after serving in the U.S. Military as member of the U.S. Corps of Engineers, another thing we had in common.

During an interview with Historymakers.com, Conyers recounted his political background and the long list of legislative accomplishments, including those authored or co-sponsored by him.

Many Americans know of his achievements in politics, but Conyers was also deeply devoted to the arts, particularly the world of jazz where he was pivotal in launching the Detroit Jazz Center in the late 1970s. In his youth he aspired to be a musician and rarely missed a performance of a notable jazz concert in the city.

Detroit Mayor Mike Duggan also recalled precious moments with Conyers. “One of my most special memories was spending time with him at Gordon Park on 12th Street and Clairmount on the 50th anniversary of the violence in 1967 as he recounted the story of his courageous efforts to calm the angry crowds. He has fought for a better Detroit for more than a half-century.”

All of the Conyers awards, citations, tributes and honors overshadow the misdeeds that troubled his life—the charges of sexual harassment that forced his resignation. But let us hope that when all is said and done that his congressional record will be the last arbiter of his life.

He is survived by his wife, Monica and two sons, John and Carl.