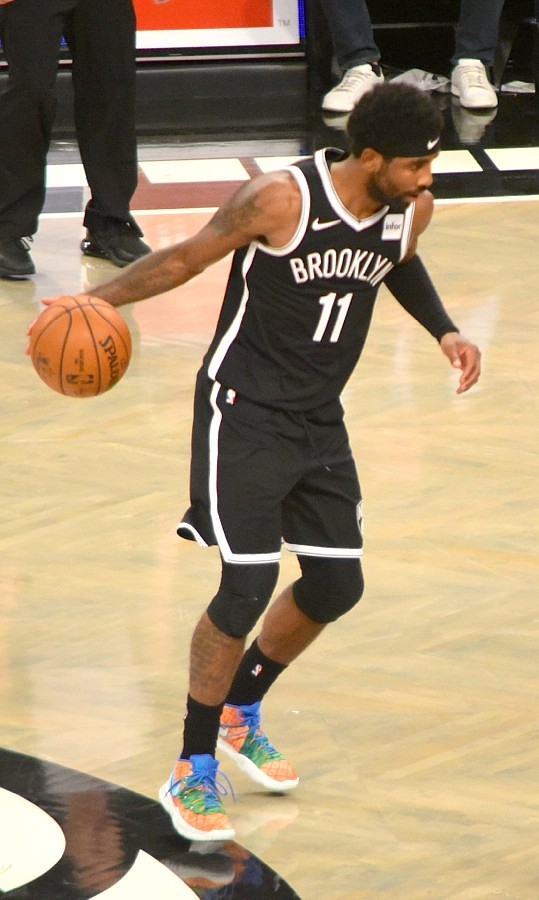 With Kyrie Irving in their starting line-up and the spirit of Kevin Durant emanating from their bench, Brooklyn Net fans kind of expect more than a five-hundred or less start.

Brooklyn, who played the Indiana Pacers last night (Wednesday), a 118-108 loss to a team whose season has started on a downward spiral, also has two, 1-point losses, both in overtime. So far, the Nets have only tallied one win, an exciting 113-109 home game last Friday night against the New York Knicks.

Down 109-108 with 22-seconds remaining in the game, Irving's step-back three put the Nets ahead 111-109. Seconds later, Spencer Dinwidde sealed the Nets win with two free throws.

Complimentary as well as elated was Nets head coach Kenny Atklinson after logging in the team's first W of the season.

“That was a heck of a step-back," he noted, referencing the 26-foot three Irving hit from the right side. "It was some shot." And it was. Even Knick fans in the building cheered and applauded as if he'd scored for them.

Despite their three losses and having to adjust to a new team, Irving has been playing extremely well; 50 points, 8 rebounds, 7 assists, 7-of-14 from three in 38 minutes in their season opener against the Minnesota Timberwolves, a 1-point overtime loss. The first. Against the Knicks, Irving scored 26 points along with 5 assists in 31 minutes. On Sunday in Memphis against the Grizzlies, Irving tallied 37 points, 7 assists and 7 rebounds, 5 threes in 34 minutes. A 134-133 overtime buzzer beater. The Nets second overtime loss in four days.

Last night, Irving led all Brooklyn scorers with 28 points, 7 rebounds and 6 assists in 31 minutes of play. In the four games, he's averaged a little over 35 points. Their offense flows. "The defense has been the most problematic thing for us, "explained Joe Harris.

"The offense comes and goes. Nobody is too worried about that. We have a lot of talent offensively, but the defense has got to be there.

We have to be better defensively.”

Irving and the Nets get back at it tomorrow, Friday and Saturday, their first back-to-back starting at home with the Houston Rockets to begin the month (November), then a quick trip to Detroit to play the Pistons.

The Rockets bring in the new team ofJames Harden and Russell Westbrook. Also coming to Barclays before the Nets begin their first extensive road trip next week, five games, are the New Orleans Pelicans, but without rookie phenom Zion Williamson, out for the first six-to-eight weeks of the season as he recovers from arthroscopic surgery on his right knee to correct a torn meniscus.