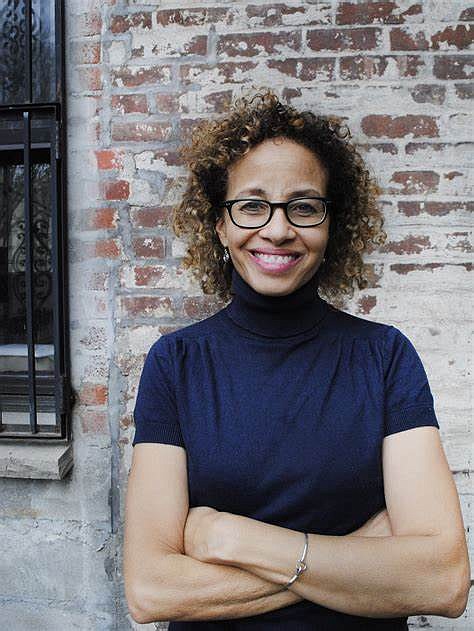 As part of a series of programs to celebrate the approaching 50th anniversary of Medgar Evers College, the academic schools of the college hosted on Monday, Oct. 21, 2019, a special lecture featuring the acclaimed journalist Linda Villarosa, who is the director of Journalism at City College of New York and an assistant professor of Media Communication Arts. She is also a contributing writer for the New York Times magazine’s 1619 Project which examines the ongoing effects of the crime of slavery. Villarosa is the former executive editor for Essence magazine and is also the author of several books.

Villarosa’s presentation centered on the critical role that race and inequality plays in determining health outcomes for Black people across the United States regardless of a person’s income. Pointing to the fact that the most advanced medical technological equipment is in the U.S. and noting the reality that the greatest per capita wealth is in the U.S., her journalistic research poses the question of why African Americans experience such poor health status when compared to whites, specifically with infant mortality rates, overall life expectancy and the mortality rates of African American mothers soon after and/or during giving birth.

Villarosa explained, “The issue is really hiding in plain sight. That is race. If Black people here in the U.S. were in an African country…then our health outcomes would be equivalent to what many African countries indicate. So instead of us running to Africa we need to look at home. We need to first look at what’s going on with Black Americans. Black men have the lowest life expectancy of all ethnic or gender groups.

“Black babies today are two to three times more likely to die than white babies. This gap is larger than it was in 1850 when Blacks were still enslaved. Something is wrong and we need to change how we are looking at the problem.”

Villarosa continued, “Hearing about statistics that revealed that a Black woman today, with a college degree and even an advanced college degree, is three to four times more likely to die during childbirth than a white woman with a eighth grade education was the point at which I realized I had to listen. It led to me doing nine months of research on health disparities and formed the basis for my contribution to the 1619 Project that was published on the front page of the New York Times magazine in August of this year.”

The lecture shared alarming details on how racism practically contributes to inhumane, insulting and very traumatizing medical treatment of Black women whether it be during pregnancy, attempting to communicate illness to a doctor or even during labor and delivery of a baby.

Villarosa detailed the story of a Black women in New Orleans who, during a couple of doctor visits, complained to her doctor about having serious head pains, and even an elevated temperature during one visit, but was repeatedly told by her doctor to just take more Tylenol. This woman was in fact experiencing Pre-eclampsia (high blood pressure caused by protein in urine). The doctor’s racism and the health system’s lack of a regulatory requirement for a standardized follow-up “protocol” for checking the medical status of the mother resulted in her baby dying and she almost dying.

Opened in 1970, Medgar Evers College has a mandate to meet the educational and social needs of Central Brooklyn. In honor of the late civil rights leader Medgar Wiley Evers, after which the college is named, its mission is to inspire and prepare future generations of people to continue advancing the need for social and economic justice such as the heroic Mr. Evers did.