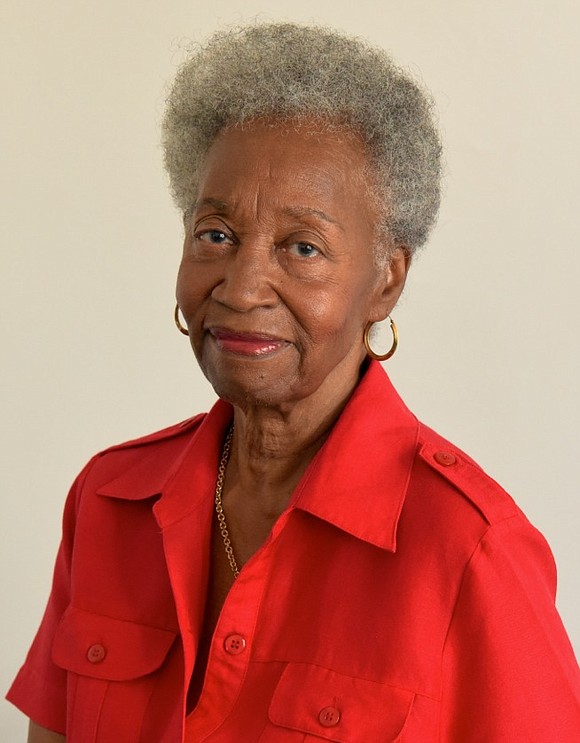 Perhaps if you’re a New Yorker who gets around town, you’ve encountered the ubiquitous Doris Williams, pushing her cart and dispensing fliers promoting National Grandparents Day, which falls on the first Sunday after Labor Day, and Sept. 8 this year.

A few days ago, during Harlem Week, Williams was making her rounds at the Schomburg Center, making sure people are aware of the day and its history. “It became a National Holiday in 1973,” Williams said, passing out a flier that elaborated on the day’s history. “President Jimmy Carter made the day official with his proclamation in 1978.”

“I urge each citizen to pause and to reflect on the influence his grandparents have had in shaping his own destiny,” Carter added, “and on the legacy bestowed upon our contemporary society by his grandparents’ generation.”

In 2016, President Barack Obama authored a similar proclamation for National Grandparents Day, noting that “Let us continue to show them [our grandparents] the same honor” they have shown us.

According to Williams, it was a housewife in West Virginia, Marian Lucille Herndon McQuade, who initiated the campaign in 1970 to set aside a special day for grandparents.

West Virginia Governor Arch Moore proclaimed the first Grandparents Day in 1973. But it was only after McQuade and others had launched a media blitz that the objective was accomplished.

While the day, like Juneteenth, has taken some time to gain traction, Williams is optimistic about it gaining national recognition.

“We would like for Grandparents Day to be celebrated just like Mother’s Day and Father’s Day,” Williams said.

And if her tireless advocacy is indicative of the campaign, the success of the dream is assured.