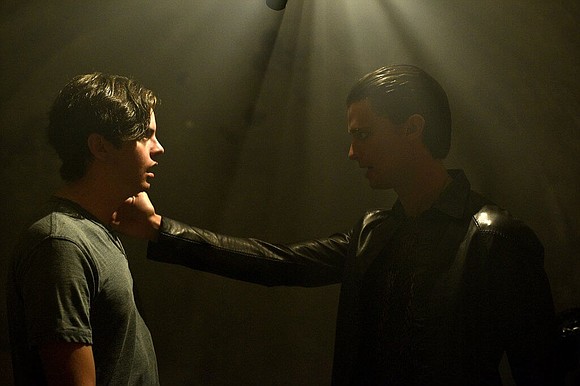 Boo! Mark your calendars for a scary October. The Brooklyn Horror Film Festival returns to bring the best and most provocative horror cinema to local screens across Brooklyn

It’s a scary lineup, enough to make your blood curdle with terrifying premieres from around the globe and spotlight films that push the boundaries and expectations of the horror genre.

Fully embracing Brooklyn’s genre prowess more than ever before, BHFF will showcase two films that have roots firmly planted in the borough: the opening night film, “The Beach House,” Jeffrey A. Brown’s directorial debut which was made with a largely BK-based crew; and as centerpiece, “Daniel Isn’t Real” by director Adam Egypt Mortimer, a psychological masterwork that was filmed entirely in Brooklyn. And in the general program, BHFF is set to unveil feature films from a multitude of countries, including Laos, Sweden, Argentina and France, as well as bring back its special Fear In Focus sidebar, first introduced with BHFF 2017’s Fear In Focus: Mexico lineup, to this time, shine a light on three excellent and innovative new Brazilian horror films.

“Since day one, we’ve dedicated Brooklyn Horror to defying the expectations of horror fans and naysayers alike with films that challenge the genre and reinvent its classic tropes, and 2019’s program does that in spades,” says BHFF senior programmer Matt Barone. “From wild new variations on haunted houses and the living dead to time-traveling ghosts and erotically charged ghouls, the films that we’re showing this year further prove what die-hard fans have long known: Horror is, and always will be, the most progressive genre in all of film.”

BHFF 2019’s second wave of programming, including the final batch of features and the festival’s entire shorts lineup, will be revealed in mid-September. Here are some “scary” highlights.

Hoping to reignite their relationship, Emily and Randall arrive at their weekend getaway only to discover a peculiar older couple already staying there. They all agree to share the home and after an indulgent night of partying, wake up to a living nightmare of apocalyptic proportions. Something is infecting the water and fog is making its way ashore. The film calls to mind the best of ’50s science fiction with an updated twist. Director Jeffrey A. Brown and producer Andrew Corkin will be in attendance.

Dealing with social anxieties and the stress of caring for his mentally disturbed mother, Luke (Miles Robbins) pulls a desperation move and turns to an odd source of help: the confident and manipulative Daniel (Patrick Schwarzenegger), Luke’s imaginary friend from childhood. The more Daniel asserts his control, though, the deeper Luke falls into a waking nightmare. Perfectly balancing emotional depth and sensitivity with horror imagery that brings to mind a young Clive Barker, Adam Egypt Mortimer’s sophomore feature is equal parts mesmerizing and devastating. Director Adam Egypt Mortimer will be in attendance.

A group of teenagers arrives in the middle of the night to a desolate Brazilian seaside town. The high school term has just ended and they are ready to party in style, but cell service sucks and as the days progress, things get very weird. Is time melting, repeating or going backward, and did you just see what you think you saw? A tale of friendship and young love for a generation who live through their screens and screen through their lives. Trippy, freaky, angry and sharply humorous, “The Yellow Night” is a hypnotic millennial nightmare not

For married man Don Koch (Philip “CM Punk” Brooks), remodeling his new home gives him the chance to start over while trying to overcome legal troubles and struggling with fidelity. Once inside the fixer-upper, Don is helpless against the house’s goo-dripping walls, sordid history and inner demons, the latter hideously exposing those of its new owner. Utilizing the expertise acquired from producing several critically acclaimed indie horror films, including “Starry Eyes” and “We Are Still Here,” Travis Stevens makes his directorial debut with a slick and wildly entertaining haunted house movie that’s truly like no other. Director Travis Stevens and lead actor Phil “CM Punk” Brooks will be in attendance.