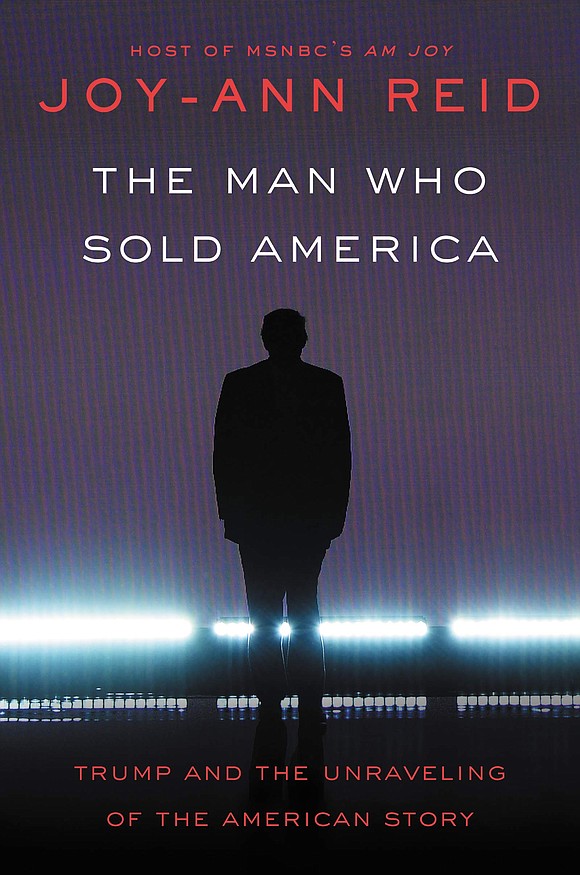 Journalist Joy Reid Reid firmly believes the United States, if it acts quickly, already has the tools with which to repair the damage wrought by Donald Trump. She states, “America has been the most successful at having a multiracial Democracy, we don’t have to come up with a way to not make a new national identity. Just use the one that was written in the documents that these guys accidentally wrote that benefit all of mankind.” She is referring to the founding fathers and the constitution and Declaration of Independence.

Currently touring to promote her new book, ‘The Man Who Sold America: Trump and the Unraveling of the American Story,’ Reid spoke with the Amsterdam News about fissures in the notion of identity brought about by Trump. She went on, “The U.S. already has a written doctrine of identity that’s not nationalistic but national. That is, being an American is bigger than being Guyanese, or Congolese-American, it’s bigger than being Indian-American or Canadian. Once you get here you’re American. You can keep your identity; my family is Caribbean. We still go on Labor Day to Eastern Parkway and wave our Guyanese flag and we’re still American. We don’t have to come up with a new identity, we just have to do that. If we can’t do that, then this won’t work. This country will be an apartheid state. That’s where we’re going.”

Reid is famously a Game of Thrones enthusiast. Not as well known is her love for David Bowie’s music. The iconoclastic rocker notably predicted the harmful potential impact the internet might have on society. It has arguably created the controversial and uniquely divisive figure of Donald Trump. It was a David Bowie song, Reid says that influenced her to name her most recent book, “The Man Who Sold America: Trump and the Unraveling of the American Story.”

Reid, who has previously written “Fracture: Barack Obama, the Clintons and the Racial Divide,” and is host of MSNBC’s “AM Joy” on Saturdays and Sundays, adds “The reason I gravitated toward that title is that Donald Trump is not so much a politician or a president. He’s really just a salesman and what he’s been good at is selling an idea that is branded Donald Trump. But the brand has never had anything to do with who Donald Trump really is.”

What many New Yorkers knew for a long time, and what many other Americans have found out since he started occupying the White House, is that Trump has mostly been a failed businessman.

In her new book, the Brooklyn-born Harvard graduate, tracks a parallel “emperor has no clothes” phenomena. America simultaneously observes terrifying, almost incomprehensible truths unfold about both Trump and America itself. It’s like watching Game of Thrones’ resident witch Melissandre shed her youthful, comely facade revealing a haggard and wizened body, in diptych. Trump is no genius businessman and America isn’t doing as great as many thought in terms of eradicating radical white supremacy.

“Republicans they own these people now,” Reid stresses. “That’s part of their base. They don’t have the courage to stand up to them but are one hundred percent responsible. Trump is their guy. He’s giving them power, creating a space by holding the racist people into the party, so that they can pass big tax cuts for the rich, pollute rivers and do all the things they’ve always wanted to do.”