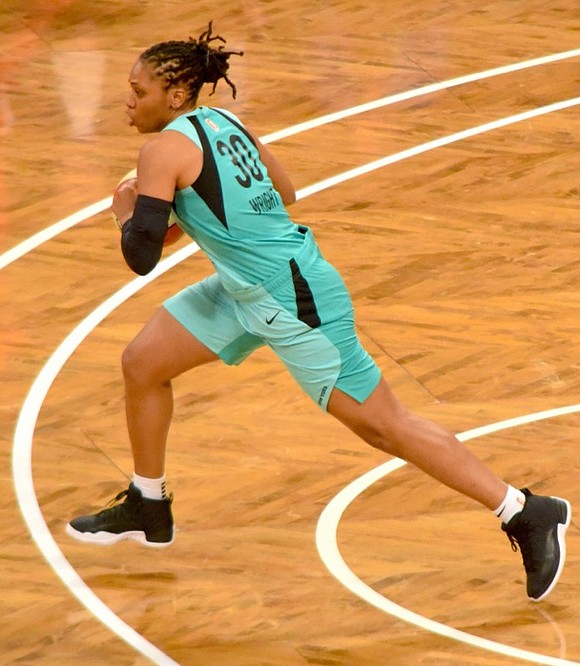 Already eliminated from post-season, the New York Liberty are playing for pride the final games of the season. Unfortunately, the team continues to struggle despite playing on home court. It didn’t make matters any easier that the last two games were against the top ranked teams in the WNBA.

On Friday, the Liberty suffered another loss to the Connecticut Sun. Despite the absence of Tina Charles, who sat out the game to rest some nagging injuries, the score was 94–84. Top scorer for the Liberty was rookie Marine Johannès. Fellow rookie Han Xu came off the bench for 12 points. Making her first start of the season, Nayo Raincock-Ekunwe had 10 points and Kia Nurse added 15 points.

“Loved the energy and I thought we moved the ball,” said Liberty coach Katie Smith. “I thought people were attacking and a lot of people were involved. I thought everyone was really locked in and really bringing the energy on both ends. In the second half, we were able to ramp up our defense and got some life. Lots of people were ready to play tonight.”

It was another stellar performance for Johannès, who came off the bench for 22 points, the first Liberty rookie since Crystal Robinson in 1999 to have consecutive 20-point games. Raincock-Ekunwe added 12 points.

“We had moments when we did a nice job, but we had too many breakdowns,” said Smith. “Too many offensive rebounds and put backs by them. Their team is long, we knew that. You have to team rebound against them.

“This league has so little that separates the top from bottom,” she added. “We all are talented; it’s the matter of who is the most disciplined and consistent.”

The Liberty has two games left to the 2019 season, both of which are against teams that also fell short of the playoffs. On Friday evening, the Liberty take on the Indiana Fever in what will likely be the team’s final home game at Westchester County Center. On Sunday afternoon, the Liberty is on the road to play the Atlanta Dream.