Time is running out on the Mets’ wild-card prospects 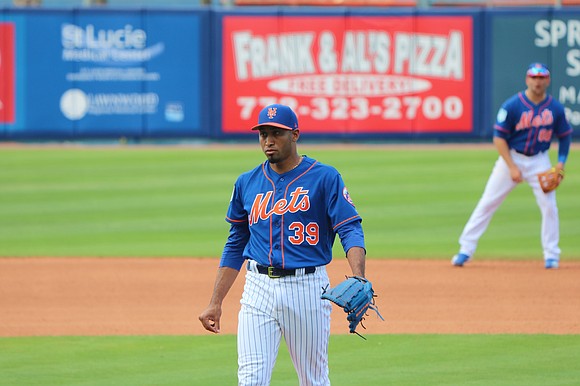 If your are a Mets fan, use any adjective or a bunch of adjectives, expletives included for emphasis is understandable, to vent your exasperation, make that controlled anger, for Tuesday night’s 11-10 loss to the Washington Nationals

Inexcusable, discouraging, disheartening, superfluous, baffling and on and on. How could the Mets blow a six run lead in the ninth inning to a team they are trailing in the standings in the race for one of the two National League wild-card spots?

The succinct and indisputable answer is a bullpen that has far too many awful performances this season. The trio of Paul Sewald. Louis Avilan and the mind-boggling Edwin Diaz gave up what seemed to be a certain and critical win for the Mets. And it was Diaz, who the Mets acquired in a trade with the Seattle Mariners last December that was the most egregious in serving up a walk-off three-run homer to the Nationals’ Kurt Suzuki to complete what was the largest ninth-inning comeback in Nationals franchise history.

Diaz has been the team’s most glaring disappointment this season and primary source of their five game deficit in the wild-card race heading into yesterday’s (Wednesday) game versus Nationals in Washington. Despite Tuesday’s stunning loss, the Mets, who were 70-68, were in position to take the three-game series having defeated the Nationals 7-3 on Monday. But time is running out with only 23 games remaining.

“It’s tough. It’s going to be tough to digest tonight,” said Mets manager Mickey Callaway in an interview on television station SNY after the bullpen’s failure to hold a sizable lead. “But you have to do it. We’ve had to digest several.”

Especially the blown saves fed to them by Diaz. The 25-year-old righty was nearly flawless last season as the closer for the Seattle Mariners posting 57 saves in 61 chances with a 1.96 ERA, 124 strikeouts and only 17 walks in 73 1/3 innings. The Mets acquired him along with second baseman Robinson Cano—who also has provided little to the team this season—in a trade with the Mariners in December.

Before yesterday’s game, in 58 appearances this season, Diaz was an abominable 1-7 with a 5.65 ERA and only 25 saves. The Mets open a three-game series at home tomorrow against the Philadelphia Phillies.