Despite U.S. Open Loss, Serena Williams is still the Greatest of All Time 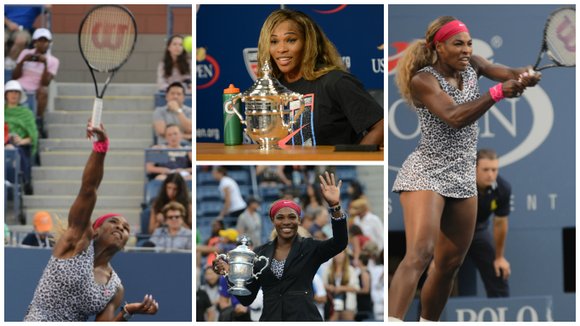 By winning the 2010 Roland Garros doubles with sister Venus, they became the first pair since 1998 to hold the four doubles slams at the same time.

In 2012 Wimbledon, in her semifinal match against Azarenka, she hit a record 24 aces in a match.

At the 2012 Wimbledon Championships, she set a record for most aces served in a tournament, hitting 102 aces in the tournament, which was the most of men or women at the Championships that year.

In 2017, she won her 7th Australian Open title, the most in the Open Era (stands alone).

The Undefeated Magazine’s managing editor Raina Kelley summed up why Williams is the Michael Jordan and Muhammad Ali of her sport.

“Serena Jameka Williams did not come just come to play — she came to slay. And you are alive to see it,” Kelley said.

“Is Serena the GOAT? She reinvented tennis. She invented #BlackGirlMagic. She has all of the trophies ever, and she stands for equality of women around the globe. Is Serena the greatest athlete of all time? Please,” Kelley said.