Liberty finish the season with a win 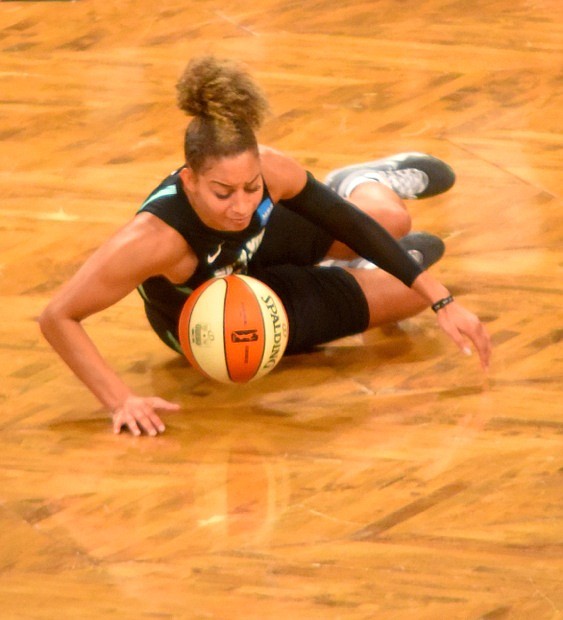 Another rough New York Liberty season came to an end on Sunday with a win over the Atlanta Dream, the only WNBA team with a worse record than the Liberty. Despite the Dream riding the emotional high of forward Angel McCoughtry making a brief on-court appearance, the Liberty pulled out the 71–63 win to finish the season 10–24.

“It was bittersweet,” said Tina Charles. “I had high expectations for this team. We wanted to make it to the playoffs. Disappointing, but overall just happy Tanisha Wright was able to go out [with a win]. She’s retiring. It’s her last game, so it was great to get the win for her.”

Wright, who has Brooklyn roots, wouldn’t confirm that she was definitely retiring, saying instead that she’s “taking everything day-by-day.” Wright is entering her third season as an assistant coach at the University of North Carolina Charlotte.

Prior to heading to Atlanta to face the dream, the Liberty played its final home game of the season, losing 86–81 to the Indiana Fever, another team not headed to the playoffs. On Monday, the Fever announced it had fired coach/general manager Pokey Chatman. No word on whether Liberty coach Katie Smith will face a similar fate after two losing seasons.

Hopefully, Smith will be given another chance to prove her coaching mettle under more optimal circumstances. There has been no word on where the Liberty will play next season, but hopes are high the team will call Barclays Center home. The team lived and trained in Brooklyn all season.

“I’m excited and hopefully we can play here in the near future,” said Liberty guard Brittany Boyd after the game at Barclays last month.

While some diehard Liberty fans have made the trip to Westchester County Center over the past two seasons, the reality of going from Madison Square Garden to a small suburban arena with limited seating capacity was harsh for players and fans alike. Joe Tsai, one of the owners of the Brooklyn Nets, purchased the Liberty just prior to this season, and everyone hopes to see the team back in NYC for 2020.

The Liberty has an incredible history. Last weekend, Teresa Weatherspoon, the team’s epicenter for its first seven seasons, was inducted into the Naismith Memorial Basketball Hall of Fame. Her game-winning half-court shot in game two of the 1999 WNBA Finals remains the league’s most iconic shot. The current generation and hoopstars to come deserve a shot at equaling Weatherspoon’s legacy.

The WNBA playoffs began on Wednesday and continue on Sunday with the second round.